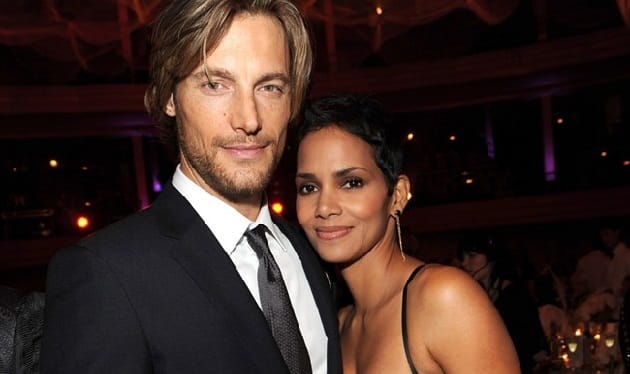 Halle Berry’s ex-boyfriend Gabriel Aubry was arrested for investigation of battery Thursday after he and the Oscar-winning actress’s current boyfriend got into a fight at her Hollywood Hills home, police said.

Aubry, 37, was booked for investigation of a battery, a misdemeanor, and released on $20,000 bail, according to online jail records. He’s scheduled to appear in court Dec. 13.

Aubry came to Berry’s house Thanksgiving morning and police responded to a report of an assault, said Los Angeles Police Officer Julie Boyer. Aubry was injured in the altercation and was taken to a hospital where he was treated and released.

Berry and Aubry have been involved in a custody dispute involving their 4-year-old daughter, Nahla. The proceedings were sealed because the former couple are not married. Both appeared in the case as recently as Nov. 9, but neither side commented on the outcome of the hearing.

Berry has been dating French actor Olivier Martinez, and he said earlier this year that they are engaged.

Kelly Clarkson Engaged? Singer Says No, But Admits She And Brandon Blackstock ‘Are Totally Going To Get Married’
One Direction’s ‘Take Me Home’: Boy Band Sells 540,000 In First Week