Have you ever been caught in a conversation with a Dothraki and been unsure how to respond to their question about what to grab for lunch? Well, fear no longer—Random House has released a Dothraki Companion app to help users avoid any social follies while interacting with the inhabitants of the Dothraki Sea.

Released on Oct. 10, Random House’s app includes over 300 vocabulary flashcards—a method by which all young Dothraki learned their language in between battles of life and death—as well as basic phrases, practice conversations, and games to help users practice their Dothraki pronouns. 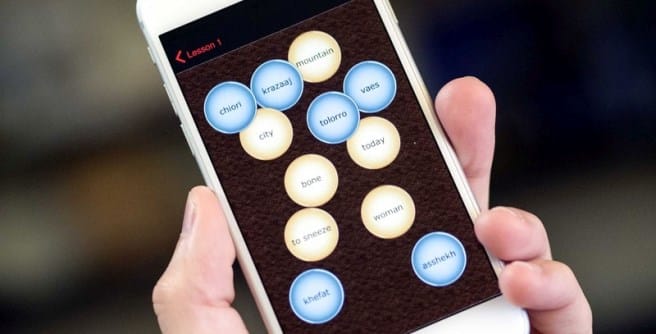 The language, outside of words that appeared in George R.R. Martin’s original novels, was developed by linguist David J. Peterson for the HBO adaptation. (He also worked on the Valyrian languages featured on the show.)

While the app isn’t a sign that schools will be instituting Dothraki as a Second Language courses anytime soon, this is not the first method by which fans can learn the fictional tongue. On Oct. 7, Random House released Living Language Dothraki: A Conversational Language Course Based on the Hit Original HBO Series Game of Thrones, a book and audio course package that teaches the language. The publisher also offers one-year subscriptions to an online course for those interested in long-term tutelage.

And if these more official channels just aren’t enough, unofficial websites about the language have popped up, cataloguing the language and assembling an unofficial dictionary to prepare any fonakasar with the language they need to know to survive.