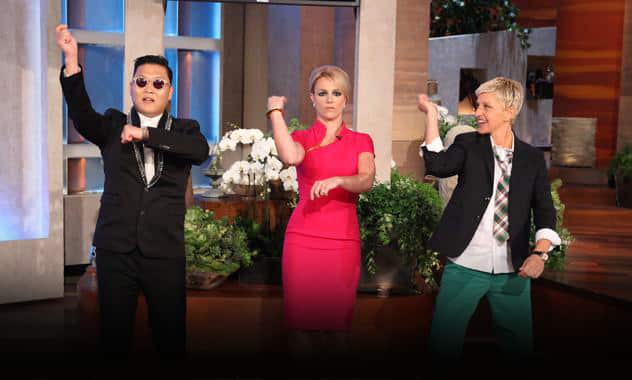 It’s not even December 2012 yet, and already the world is ending. A man with a slight paunch and a trademark gallop has sparked not one, not two, not three, but too many exhaustive analyses on reputable web sites the world over to count. Who is this Psy? What is Gangnam Style? Is the invisible horse really just a dance prop, or is it a metaphor for the coming harnessing of the world by a collective Asian power? Will Psy go topless?! Questions!

But first, some facts.

Given name: Park Jae-Sang Number of brushes with the law: 2 You Tube Likes: More than any video ever Blood type: O

As much as we might have wished he’d gone with that last unnecessary (but collected!) stat and called himself Typo, our man went with Psy, an uncloaked reference to the word “psycho.” Psy went on to produce four full-length albums, two of which have been banned in South Korea for sale to minors under the age of 18. Legal history includes one arrest for smoking marijuana and one court case for not serving South Korea’s mandatory 21 month military term in full (as punishment, he served two). The father of twin daughters, Psy has talked sincerely about his fears of growing up and what “maturity” means for his career. In short, he’s not your average K-Pop star.

Over at New York Magazine, Hua Hsu digs into how Psy won the West. “Acerbic, self-aware,” he calls “Gangnam Style,” saying “one doesn’t need to understand a word of Psy’s raps to recognize that he’s sneering for a reason.” That reason, Hsu explains, is Gangnam, a district in South Korea with a bizarre concentration of the country’s wealth. In a now oft-cited post on Open City, Sukjong Hong writes that there is no equivalent to Gangnam in the United States. “The closest approximation would be Silicon Valley, Wall Street, Beverly Hills, Manhattan’s Upper East Side, and Miami Beach all rolled into one.” Real estate in Gangnam is more expensive than anywhere else in the country, Hong explains, worth more than all the real estate in Korea’s second largest city, Busan combined. To put that in perspective, Busan is about as large as New York City — at nearly 300 square miles — and Gangnam, only 15 square miles and richer than Busan, is the size of Waynesboro, Va.

But Gangnam itself is just the tip of the iceberg with Psy, who’s only getting simultaneously more likeable and more likely to go topless as his star gets brighter — a convergence that’s setting him apart. We’re not talking about the Macarena anymore. Psy’s ability to spark scholarly thought pieces and North Korean tributes alike puts him squarely in the galaxy of pop cultural performance artists, somewhere between Planet Gaga and Dark Star Joaquim Phoenix.

Because today is Friday, namesake of that other virus, we thought we’d spend it learning as much as possible about this new world hero from Korea. If you are easily scared off by amazing things, please, for your own sake, do not read further. Otherwise, a slideshow about Psy’s penchant for cross-dressing, secret acupuncture, and way more, is right down there.

1.  Psy is essentially a professional clown

Writing in the Wall Street Journal, Jeff Yang explains that Psy is part of a corps of entertainers known in South Korea as “gwang-dae,” after “a caste of performers traditionally attached to royal households” who had license to skewer those in power. The founder of a K-Pop database told Yang that today’s unofficial gwang-dae — such as Psy — are “clown or jester-like,” and that unlike mainstream K-Pop stars, they don’t have to be sexy to be popular. The closest analog in America she could offer was Andy Samberg and Lonely Island, except that “In Korea, gwang-dae actually top the music charts.” Sick burn.

In NY Mag, Hua Hsu posits that Psy’s “satire, irony and swagger” stem from him not being from Gangnam. Au contraire! Psy is a native son of the wealthy district, according to the NY Times, and traveled to the US for higher education, in the way of so many privileged Gangnam tots. (South Korean students at Manhattan’s Parsons School of Design are all from “the same few blocks in Gangnam,” according to writer Sukjong Hong.)

3.  Psy is sort of Amurican

Which brings us to this period. Yes, Psy learned some things during his time studying at Boston University and the nearby Berklee College of Music in the nineties, though what precisely is debatable. A BU spokesman told boston.com that Psy studied English for a semester in 1997, but “no one remembers him at this point.” Over at Berklee, he never declared a major, and took classes in voice and clarinet. The Atlantic’s Max Fisher makes more of the stint than just woodwind lovin’ though, suggesting that the “exposure to American music’s penchant for social commentary, and the time spent abroad that may have given him a new perspective on his home country, could inform [Psy’s] apparently somewhat critical take on South Korean society.”

4.  Crossdressing is one of Psy’s “things”

Everyone got excited when a video of Psy performing Beyonce’s “Single Ladies” in 2011, dressed as Beyonce, was discovered. Tell us what isn’t exciting about that! It turns out though, crossdressing is old hat for our modern hero. In a wide-ranging interview on the South Korean chat show “Healing Camp,” Psy talks about growing out of his old schtick of dressing up as popular lady singers. Roughly translated into English: “Since being married, I don’t feel comfortable wearing those racy clothes. I kind of feel like a local clown. Do I still need to crossdress to make my fans happy?”

Scooter Braun, the evil genius who manages Justin Bieber AND Carly Rae Jepsen, did the deed with Psy earlier this month. “We’ve come to an agreement to make some history together,” Braun says in a video marking the occasion of him signing Psy. Psy will soon and forever after be known as the “first Korean artist to break a big record in the United States,” Braun promises. No shame right now, we are excited.

6.  Psy gets secret acupuncture while on stage

Do yourself a favor and head to that super long “Healing Camp” interview we mentioned earlier. Scroll to about eight minutes and 30 seconds in and prepare to make the exact same expression the “Healing Camp” host to the left has on. Because this is the section where Psy gruesomely details his solution to the painful leg cramps that would “paralyze” him on stage, according to the closed captioning. To manage, he introduced DJing segments into his concerts 2 and a half hours in, when the pain peaked. “I would be standing behind the DJ box covering my lower body, [and] while I am DJing and dancing, my physical trainers would come up behind me and start prodding my legs to dissolve the blood clots.” This procedure is apparently done with 30 to 40 acupuncture needles, after which “a pool of dark red blood oozes out.” And scene.