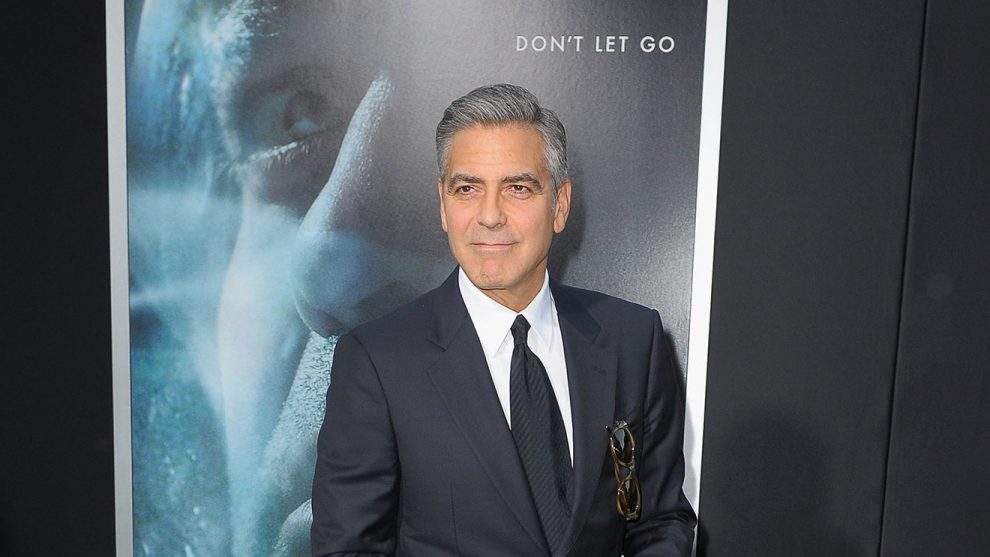 Dwayne Johnson is a man who never rests. If he’s not starring in the latest Fast & Furious movie, he’s producing and starring in his HBO Ballers series or sporting a new hat in Disney’s Jungle Cruise or covering an issue of EW or planning whatever his Black Adam role will bring to the DC movie-verse. Funny enough, he’s somehow not the highest-paid actor of 2018. That distinction, according to Forbes‘ annual list, would be George Clooney.

For those of us not in the liquor business, we’re all apparently in the completely wrong field.

Clooney didn’t show his face in a film in 2018, but Forbes cites British liquor conglomerate Diageo’s purchase of the 57-year-old’s Casamigos Tequila brand for “up to $1 billion.” That gave Clooney an estimated $233 million in pretax earnings, on top of the money he earned from endorsements and older movies.

“It immediately took off,” Rande Gerber, a co-owner of Casamigos with Clooney and Michael Meldman, told CNBC last November. “Right now, we’re the fastest growing ultra-premium tequila in the country.”

Mark Wahlberg topped the Forbes list in 2017, and before that it was Johnson at the head of the wealthy pack.

Johnson now comes in second with $124 million pretax earnings in 2018, followed by Robert Downey Jr. at $81 million and Chris Hemsworth at $64.5 million — thanks to those Marvel paychecks. Other gents who made the list include (another guy named Chris) Chris Evans ($34 million), Adam Sandler ($39.5 million), Will Smith ($42 million), and Jackie Chan ($45.5 million).