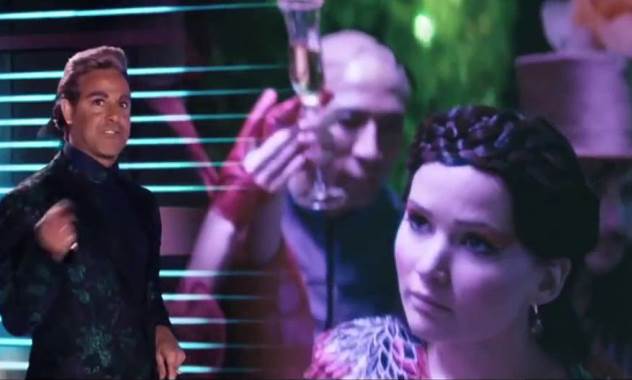 Created by parody band The Arena, the song is just the latest Hunger Games-inspired single. Last year, The Arena debuted “We Found Love (In the Hunger Games) – Peeta vs. Rihanna Remix.” Not to leave Team Gale without a radio-worthy theme song, this year’s track is sung from Gale’s perspective, pining for Katniss, who is in a “complicated” relationship with Peeta. “Gale” croons such perfect lines as “We don’t have to live this way,/ You’re my Mockingjay./ Let’s win this one for Rue.”

What makes the “Wrecking Ball” re-work even more interesting is that Liam Hemsworth, who plays Gale in the films, was engaged to Miley Cyrus, who may or may not have recorded the breakup song about her relationship with the Aussie actor. So that means it’s a parody video from the perspective of the character, played by the actor the original song might be about. So many layers!

Check out it out below.

Reaping Ball is also available for purchase on iTunes.

Daniel Radcliffe Explainns That Celebs Who Tweet Shouldn’t Have Expectations Of Privacy
Beyoncé New Platinum ‘do —Take a Look!