Lionsgate, a premier next generation global content leader, is teaming with Google to introduce DISTRICT VOICES, the latest campaign in Google’s Art, Copy & Code project to promote The Hunger Games: Mockingjay – Part 1, the two companies announced today.  Mockingjay – Part 1 is the third film in the global blockbuster Hunger Gamesfranchise that has already grossed more than $1.5 billion at the worldwide box office.

DISTRICT VOICES is a five episode series on YouTube that brings to life Panem, the fictional world of The Hunger Games, through videos featuring popular YouTube creators. Each episode of the series was created with a different creator, whose channel content aligns with a specific industry from one of the districts of Panem.

The videos were concepted and developed with the team from the YouTube Space LA and filmed on location there, and around Los Angeles. They provide a window into an expanded world of The Hunger Games and deliver original content to the passionate fan bases of both the films and the individual YouTube creators. Presented as programming from CAPITOL TV, the government-sanctioned television network of The Hunger Games, DISTRICT VOICES is a leading example of how YouTube is emerging as the best place to reach the key 18-34 year-old audience.

Global fan communities are watching more than 9 billion hours of video each month on YouTube, and the creators who participated in DISTRICT VOICES have a combined base of over 4.9 million subscribers and more than 550 million video views.

“Our mission has always been to engage our Hunger Games fans in the most innovative and authentic ways possible,” said Lionsgate’s EVP of Digital Marketing Danielle De Palma.  “We cannot think of a better partner than these incredible YouTube stars, who truly bring new content to life in the world of Panem and extend our storytelling to online audiences in exciting new directions.”

Google’s Art, Copy & Code is a series of projects that explore new ways for brands to connect with consumers through experiences that people love, remember and share. Said Google’s Director of Creative Partnerships, Ben Malbon: “YouTube is the best place to build a fanbase. This collaboration with Lionsgate showcases how brands can harness the power of Google and YouTube to reach their core audience when they are engaging with the content they are most passionate about and where they are spending the majority of their time.”

Tuesday, October 21 – District 2: Shane Fazen, of the ‘fightTIPS’ YouTube channel, showcases the training and techniques required to be a Peacekeeper in Panem.

Wednesday, October 22 – District 5: Derek Muller, known for the mind-blowing experiments and scientific discussions on his YouTube channel ‘Veritasium’, demonstrates new ways in which the Capitol may generate its electricity in the future.

The worldwide phenomenon of The Hunger Games continues to set the world on fire with The Hunger Games: Mockingjay – Part 1, which finds Katniss Everdeen (Jennifer Lawrence) in District 13 after she literally shatters the games forever. Under the leadership of President Coin (Julianne Moore) and the advice of her trusted friends, Katniss spreads her wings as she fights to save Peeta (Josh Hutcherson) and a nation moved by her courage.The Hunger Games: Mockingjay – Part 1 is directed by Francis Lawrence from a screenplay by Peter Craig and Danny Strong, from an adaptation by Suzanne Collins and produced by Nina Jacobson’s Color Force in tandem with producer Jon Kilik. The novel on which the film is based is the third in a trilogy written by Suzanne Collins that has over 65 million copies in print in the U.S. alone. 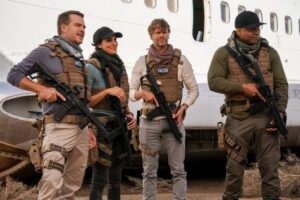 ‘NCIS: Los Angeles’ Cast Reacts To News That Season 14 Will Be Show’s Last 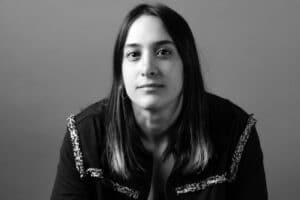 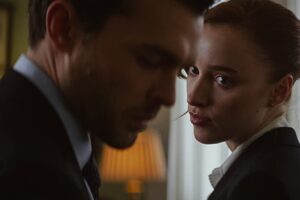 ‘Fair Play’ Sundance Review: An Intense Ride Down A Slippery Slope As A Young Couple Descends Into Relationship Hell