Jane Fonda and Lily Tomlin are back as “Grace and Frankie” — and they’re here to sell you sex toys.

The newly released trailer for season 3 of the Netflix sitcom kicks off with the once foes/now friends pitching their “vibrators for older women” business venture to a male exec. “Behold, a menage a moi!” Frankie (Tomlin) declares.

Season 1 and 2 found the women slowly coming to terms with their husbands’ decision to leave them for each other. The trailer hints at a new season full of drama and geriatric-inspired laughs: The pair fight, make up, and at the end of the spot find themselves on the floor, unable to get up (the joke being… they’re old).

Co-stars Sam Waterston and Martin Sheen are also spotted in the trailer, returning as their estranged husbands who are still very much in love.

Tomlin’s been Emmy-nominated twice for her role as Frankie. She also landed a Golden Globe nod for the show in 2016.

The new batch of 13 episodes are available to stream on Netflix starting March 24. 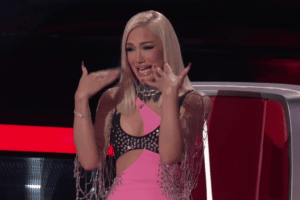 ‘The Voice’: Gwen Stefani Gets ‘Very Emotional’ Over Justin Aaron’s Instant Save Performance 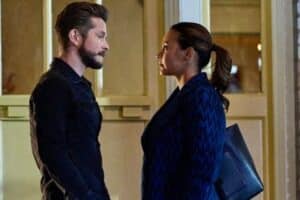 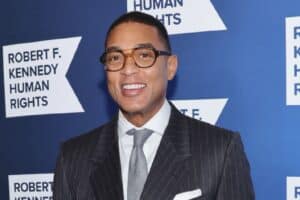 Don Lemon Has ‘Nothing But Love’ for T.J. Holmes Amid Romance With Amy Robach (Exclusive)