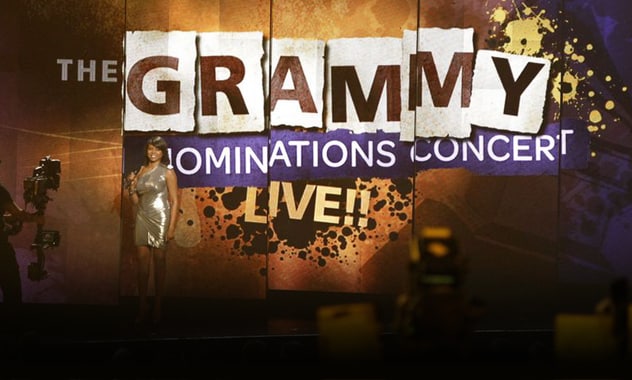 This year’s Grammy Awards nominations will come with a Southern accent.

“There’s probably no city more renowned as a music center in America and probably the world than Nashville, Tenn.,” said Neil Portnow, president/CEO of The Recording Academy. “We have had a great experience with the city of Nashville as an organization.”

Portnow said he likes his staff to examine how the Grammys are presented from time to time. That’s what led to The Recording Academy’s nominations out of a hotel ballroom and onto the concert stage, and taking a year in Nashville seemed like a logical next step.

“It made sense to me that we also review the location and the venues and just the whole flavor of it,” he said.

The Recording Academy will reveal nominees in several categories for the 55th annual Grammy Awards, to be held Feb. 10 in Los Angeles, during the hourlong special that will feature a handful of performances by former Grammy winners and nominees.

Nashville Mayor Karl Dean called the event “a perfect fit” in a Tuesday news release, and Portnow acknowledged Nashville’s vigorous efforts to lure such a marquee event to the city helped land the show.

Nashville has a long history with the Grammys. It is home to one of The Recording Academy’s oldest and most successful chapters. Grammy winners of all stripes – from Taylor Swift and Lady Antebellum to The Black Keys and Kings of Leon among scores more – call the city home.

And although the event has likely been forgotten by most, the Grammys were once held in Nashville. Andy Williams hosted the 1973 awards from the Tennessee Theatre. In the 21st century, city leaders are building a new convention center next to the arena and would like another shot at the big event.

Portnow said he’s open to the idea of moving the show from Los Angeles where it has been held since a 2003 trip to Madison Square Garden in New York City.

“Certainly everything is a possibility as we go forward,” Portnow said. “At this point it’s one day at a time, one step at a time. We look forward to having the experience of working in town and in sort of marshaling the troops, meaning not only the industry but also the community in terms of the public and the fans. So it will be a great experience, and no doubt it’s the kind of thing that can be inspirational in terms of determining what one does in the future.”