After three days of short teases released online, the second full trailer for Marvel’s Guardians of the Galaxy has been unveiled, offering more glimpses into the first foray outside of both Earth and the Avengers universe for the studio.

To the soundtrack of “Spirit in the Sky” — “Hooked on a Feeling” was clearly just the beginning of the classic rock soundtrack for this movie — the new trailer offers little more in the way of plot, but builds up the mythology of the team as, in the words of Chris Pratt’s Star-Lord, “something good, something bad — a bit of both.” 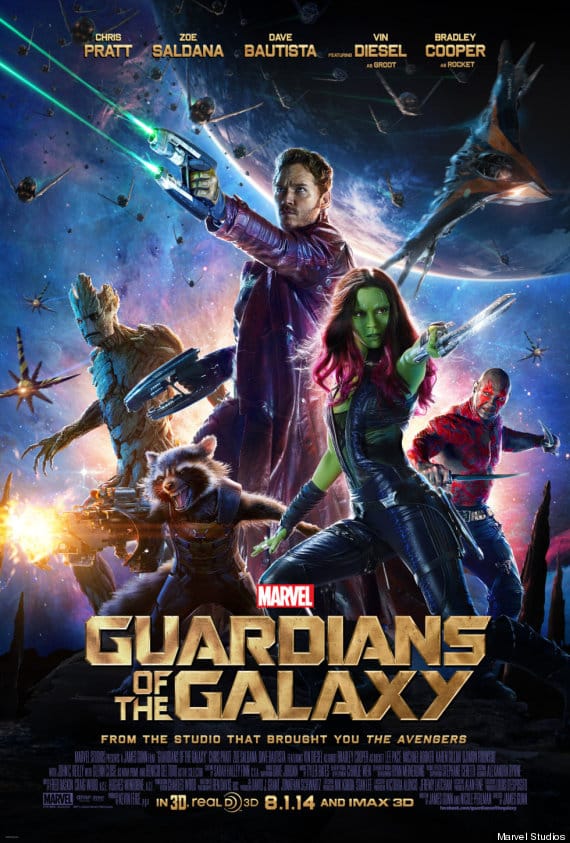 The release of the trailer was heralded not only by three short video teases released daily over the weekend, but also by a live Facebook chat featuring stars Chris Pratt, Karen Gillan, Dave Bautista and Vin Diesel as well as director James Gunn and Marvel Studios president Kevin Feige.

During the Facebook Q&A, Gunn wrote that Guardians is “as much James Gunn as it is Marvel,” adding that it “remain[s] true to the SPIRIT of the comic,” if not the comic book continuity. Asked about his influences on the movie, he wrote “No one is going to expect this answer — [Rene] Magritte’s Empire of Light paintings. I was also very influenced by many of the great space epics and science fiction films AND westerns [sic] like the films of Sergio Leone.” Comics by Jim Starlin, Dan Abnett and Andy Lanning were also mentioned.

”I love raccoons, Marvel comics, and space operas. How could I pass this up?” Gunn wrote, adding “When would I [be given] another chance. At one point in time our producers Jeremy Latcham and Jonathan Schwartz thought I was biologically engineered to make this movie. It’s everything I love.”
Guardians of the Galaxy will be released Aug. 1.