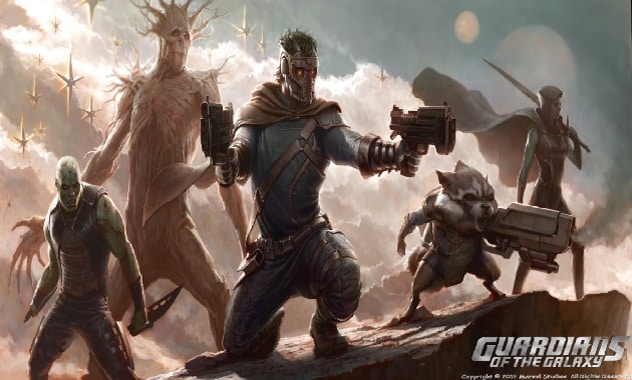 Marvel may have found the director of its next superhero blockbuster. The Hollywood Reporter reports that James Gunn has emerged as the leading contender to direct “Guardians Of The Galaxy” and is “in talks” to helm the project.

Gunn’s previous directing credits include “Slither” and “Super.” He was married to “The Office” star Jenna Fischer for six years before the couple was divorced in 2007.

Marvel announced that a “Guardians Of The Galaxy” movie would be among its upcoming projects at Comic-Con in July. Based on a comic book that originated in the late 1960s and was re-booted in the ’90s, the story features an alien ensemble of superheros: Star-Lord (a policeman), Drax (a musician), Groot (a tree-being), Mantis (an alien-woman hybrid) and Rocket Racoon (a genetically altered racoon). The film is scheduled to be released on August 1 of 2014.

For more on “Guardians Of The Galaxy,” head over to The Hollywood Reporter.

UPDATE, Sept. 18, 2012: Gunn has finally confirmed the news via Facebook. Check out his full statement on “Guardians of the Galaxy” below:

For a month or so there’s been a lot of Internet speculation about my involvement with Marvel’s Guardians of the Galaxy. Until now I haven’t said anything, because I’m trying to be less expulsive about this project than I am about the rest of my life. But last night I got the go-ahead from Kevin Feige to let you all know that, yes, indeed, I am rewriting and directing Guardians of the Galaxy. As a lifelong lover of Marvel comics, space epics, AND raccoons, this is the movie I’ve been waiting to make since I was nine years old. Kevin, Joss, and all the folks at Marvel have been amazing collaborators so far, and we’re committed to bringing you something majestic, beautiful, and unique. I am incredibly excited. I am also incredibly grateful to the fans and the press for all their words of encouragement and support regarding my involvement with this project since the news first leaked. Thanks – you have, honestly, touched and overwhelmed me. And that’s it for now. Other than the occasional photos of my dog and cat here on Facebook, I’ll talk to you again in August 2014 when Guardians is released!