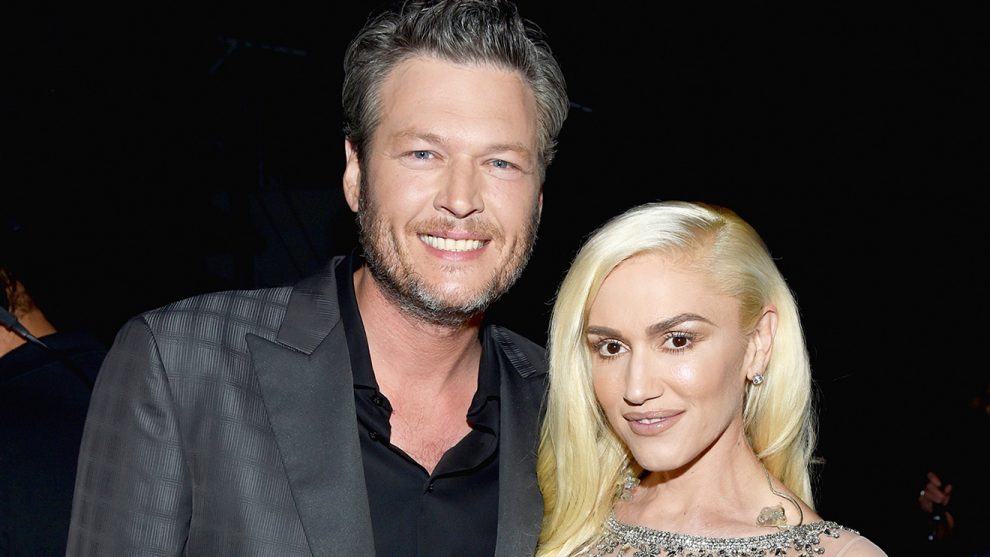 Gwen Stefani kicked off her residency at the Zappos Theater in Las Vegas on June 27, and she had a whole slew of supporters by her side throughout the evening. Of course, the most important person to show up was her boyfriend, Blake Shelton! After sending Gwen pre-show flowers — which she raved over on her Instagram story — the country star also walked the red carpet with his love, and they looked happier than ever together. Gwen had a massive smile on her face as she cozied up to her man, and Blake just looked SO proud. They were both truly beaming!

“Today’s the day!!!” Blake tweeted before the show.”Gwen Stefani opening night in Las Vegas!!! I wouldn’t miss this for the world….” Gwen has been working super hard to prepare for this residency, and Blake has been watching her put in the time to get it just right. “Sitting here watching @gwenstefani rehearsals,” he tweeted on June 14. “It continues to shock me the amount of GIANT hits this girl has written…I highly recommend y’all catch her Vegas show if you can get tickets!!!! The kind of hits that if an artists only had ONE they’d have a hell of a career…#icon.”

Clearly, Blake is just as in awe of Gwen as we are! When is he going to put a ring on it already?! It’s been three years now since the two ended their marriages to Gavin Rossdale and Miranda Lambert. After the respective splits, they both happened to be working on The Voice together, which is when the romance blossomed.

The superstars have been going strong ever since, and Gwen’s three sons seem to love Blake just as much as she does. The whole family actually just recently returned from a trip to his lake house in Oklahoma, which looked like a BLAST. We definitely ship it!