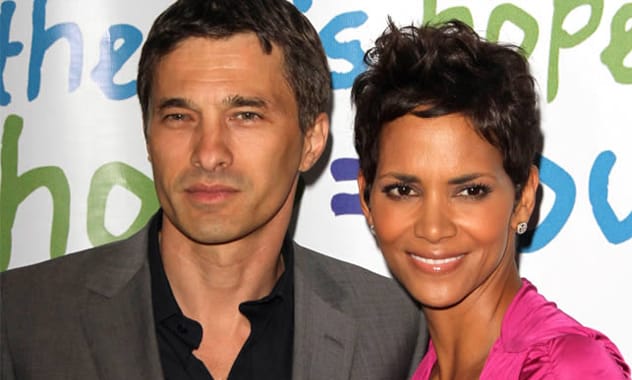 Congrats go out to Mrs. Martinez!

Halle Berry married her fiance Olivier Martinez on Saturday (July 13) at Chateau des Conde in Vallery, France, Us Weekly confirms. According to reports, the ceremony took place in a small chateau, where, in accordance with French law, a civil union was held at 4 p.m., followed by a religious ceremony at 5:30 p.m. at the chapel in the village.

“White marquees were put up, and everyone was very discreet because it was a show business wedding,” a local tells Us Weekly of the nuptials. “But generally it was pretty down-to-earth.”

People reports that 60 guests, mostly close friends, were in attendance including Martinez’s mother Rosemarie and brother Vincent. Dinner was held under an arbor, and there was a fireworks display.

This is the third marriage for Berry, who was previously wed to baseball player David Justice (from 1993 to 1997) and to R&B singer Eric Benet (from 2001 to 2005). She started dating Canadian model, Gabriel Aubry, in Nov. 2005 and welcomed their daughter Nahla in March 2008. Berry and Aubry confirmed their split in April 2010.

Following the breakup, Berry met Martinez on the set of “Dark Tide.” The couple got engaged in March 2012 and recently revealed that they are expecting a baby boy together this fall. This is the first marriage for Martinez.