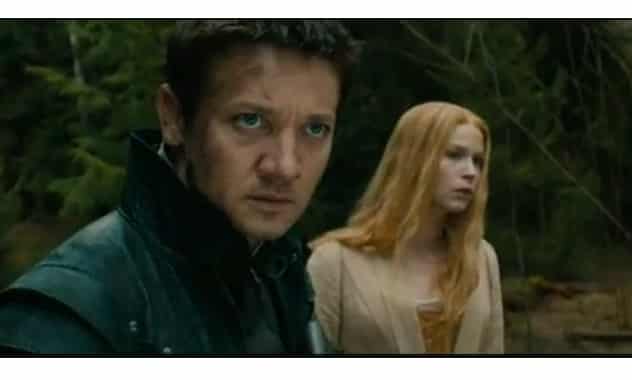 On the heels of two Snow White movies comes “Hansel and Gretel: Witch Hunters,” which — as you can guess — is about the adventures of Hansel and Gretel, scared children-turned-witch hunters.

Jeremy Renner and Gemma Arterton star as the title siblings, who became hunters after what the IMDb plot summary calls a “traumatic gingerbread-house incident.” Armed with an artillery of guns, the two track fight monsters and track down evil witch (Famke Janssen) who is kidnapping children.

“Hansel and Gretel” was initially set for release on March 2 of this year, but Paramount moved the film to Jan. 11, 2013 to reportedly take advantage of Renner’s growing star power.

“This should really set up the international,” a studio executive told Nikki Finke at Deadline.com at the time of the switch. “Jeremy Renner’s international profile should be in great shape after being in ‘Mission: Impossible 4’ now, then ‘The Avengers’ in May, then ‘The Bourne Legacy’ in August.”

To that end, “The Avengers” grossed over $1.5 billion worldwide, while “The Bourne Legacy” is closing in on $160 million in global sales.

Watch the trailer for “Hansel and Gretel: Witch Hunters” below.