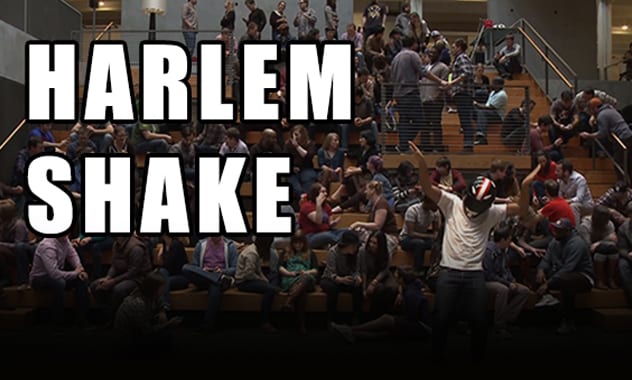 Not everybody’s thrilled with the Harlem Shake, apparently.

Days after airplane passengers’ rendition of the popular dance craze sparked an FAA investigation, up to 15 Australian miners have now been fired from their high-paying jobs after performing the Harlem Shake underground.

Per The West Australian, Aussie mining company Barminco sacked the workers after a video was uploaded to YouTube showing at least eight miners dancing wildly at the Agnew gold mine in violation of apparent safety standards.

In a dismissal letter, Barminco noted that the stunt, in which several of the men took off their safety gear and went shirtless, was a breach of its “core values of safety, integrity and excellence.” Management also banned the employees from working at all Barminco sites around the world for life.

According to the report, while there were only eight men in the clip, another seven were purportedly bystanders watching the dance and not participating, and they, too, were sacked. Some of the men are now said to be mulling a lawsuit seeking reinstatement.

Thousands of videos of people performing the Harlem Shake that were uploaded in the past several weeks have gone viral, including ones from NBA superstar LeBron James, Josh Duhamel and Jon Stewart, to name a few.