We have the perfect COMEDY coming up… A HAUNTED HOUSE 2 (Open Road Films) in theaters on April 18, 2014, starring Marlon Wayans, Gabriel Iglesias, Cedric The Entertainer and Jaime Pressly, among others. Below is the official poster and trailer.

“Crossing new lines and breaking old barriers, A HAUNTED HOUSE 2 is the sequel to the hilarious box-office hit starring Marlon Wayans as Malcolm who, after exorcising the demons of his ex, is starting fresh with his new girlfriend and her two children. After moving into their dream home, Malcolm is once again plagued by bizarre paranormal events. With spine-tingling tension and hilarious punch-lines A HAUNTED HOUSE 2 is inspired by the latest supernatural horror movie franchises and shows that this time… it’s not just the house that’s haunted!” 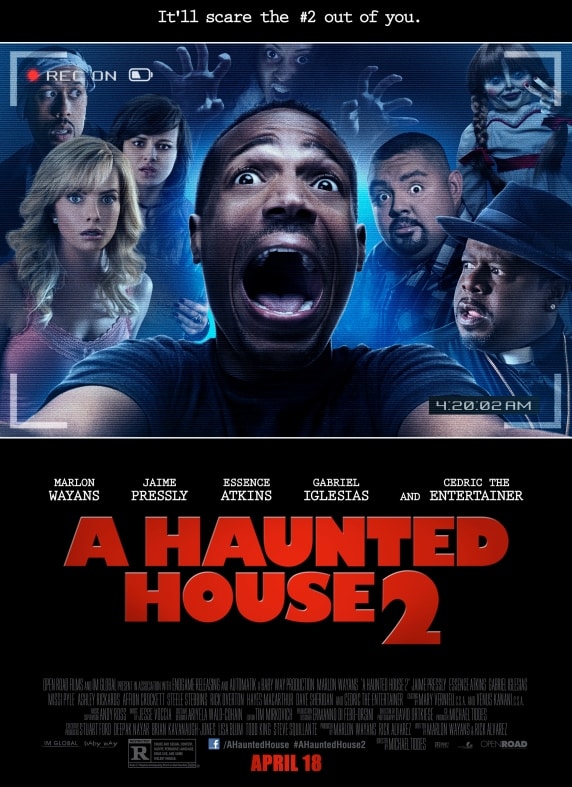 O-Town Make Reunite After 10-Year Break
Kevin Costner Talks BLACK AND WHITE, A Western Trilogy He Has In The Works