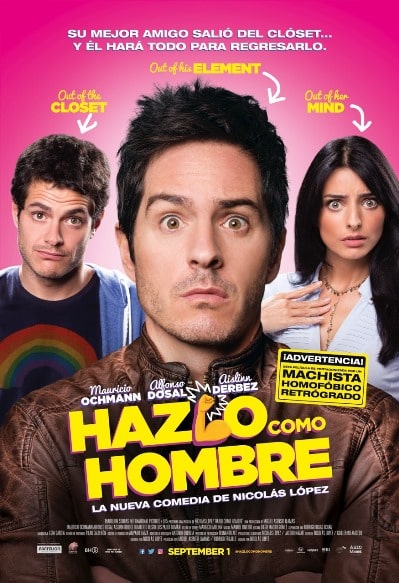 HAZLO COMO HOMBRE is a comedy that follows the lives of two young couples who are not only in love – but best friends. One couple is married with a baby on the way – and the other is engaged.  Their happy lives are turned upside down when the guy who is about to marry his best friend’s sister discovers he’s gay.  Not only does his fiancée have trouble accepting the news – but his best friend refuses to believe it is true.  Hilarity ensues as both men attempt to accept their new and very confusing lives.