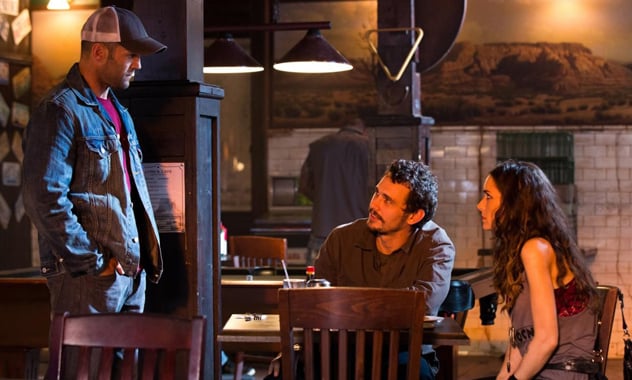 HOMEFRONT stars Jason Statham as former drug enforcement agent, Phil Broker, a family man who moves off the grid with his daughter, to a seemingly quiet bayou backwater to escape his troubled past. However, Broker’s world soon becomes anything but quiet once he discovers that an underbelly of drugs and violence riddles the small town. Soon, a sociopathic methamphetamine kingpin, Gator Bodine (James Franco) puts Broker and his daughter in harm’s way forcing Broker back into action in order to save his family and the town.

With the screenplay written by Sylvester Stallone, who first established worldwide recognition as a writer when his screenplay Rocky, won the Academy Award® in 1976 for Best Picture, Homefront is based on the book by Chuck Logan. The action-thriller is directed by Gary Fleder (Runaway Jury, Kiss the Girls) and produced by Stallone alongside Kevin King Templeton and John Thompson, with Trevor Short and Avi Lerner executive producing through Millennium Films. Kate Bosworth, Winona Ryder, Frank Grillo and Izabela Vidovic also star.

Google Honors Celia Cruz, The ‘Queen of Salsa’, On Her Birthday
Drake Canceled His Philadelphia Show An Hour After It Was Supposed To start