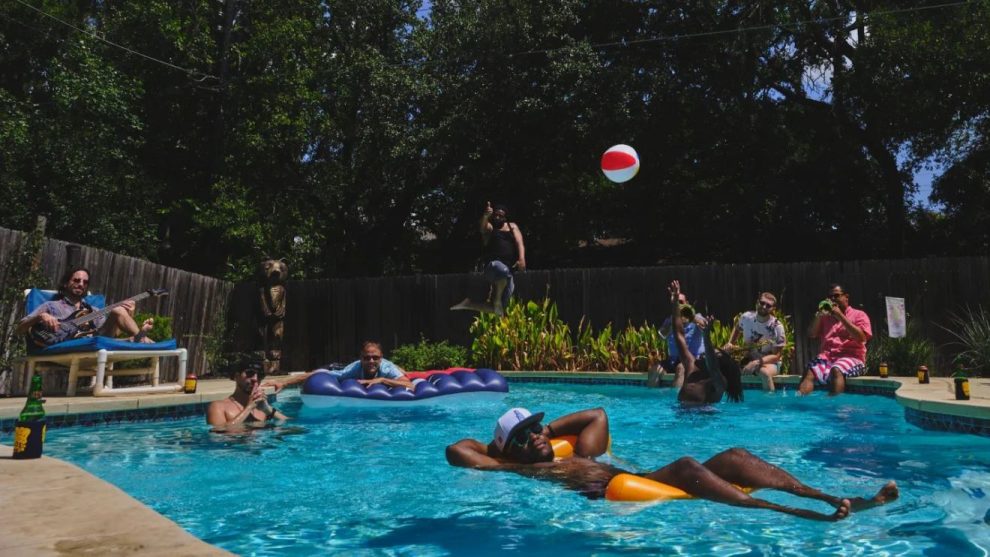 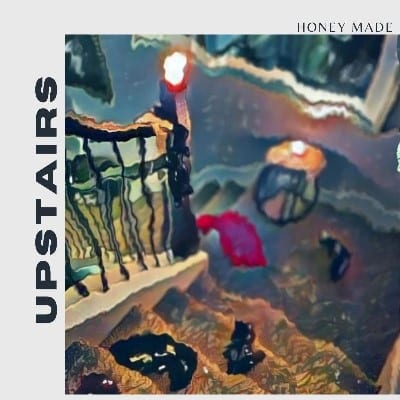 (Austin, TX) – The Austin based funk and soul band Honey Made releases their newest single “Upstairs” out now! The new song is the classic story of a cat and mouse game that interested couples can play against a retro do-wap backbeat. Save and download here: https://lnk.to/Upstairs

With the new single, the always playful and fun band asks the question that sits on everyone’s tongues when chasing their crush … “What’s going on Upstairs?” meaning  “What are you thinking? What’s going on in that head of yours?”  But by the end of the song when the couple realizes each other’s interest, it turns to “So, whatcha got going on upstairs”? as the couple makes their way to the bedroom.

The new song comes out on the heels of their debut album Brand New produced by Steve Berlin! Building out their reputation the band has also released “Ashy Pockets” and Couple Few EP. Reflecting back they comment, “This single, “Upstairs,” shows the growth of our songwriting as a band. Before, we were more of a jam band that wrote lyrics to songs. After working with Steve Berlin we learned how to focus on songwriting and not on flexing our muscles on every song.” The new song was written by Willie Barnes II, Chris Barnes, and Donald R Ford Jr. and composed by Willie Barnes II, Lee Braverman and Joseph Morrow. They comment, ‘ ‘Upstairs’ is about things that we’ve all gone through. That’s a common theme with our songs. We speak on what we know and like to tell stories that show the similarities between us all.”

Honey Made is a nine piece band, and an Austin, TX staple. They have uniquely honed their sound on stage and on many tours, with various iterations of the band before coming upon the final sonic signature for Honey Made. Harking on a classic sound of soul, the band breaths out a fresh new take with “Upstairs.” The new song was recorded in their hometown, Austin, TX at Ice Cream Factory Studio, and it was recorded and mix by Matt Parmenter and mastered by Nick Landis.

Honey Made came together over five years ago honing their classic sound on stage both locally and nationally. They have become known as one of the best live bands and party bands in Austin, TX and blew audiences aways with their SXSW Show where they performed in support of Tomar and The FCs! Additionally they have supported acts like New Orleans’ Soul Rebels and Augusta, GA’s own Funk You – to name a few. And you can follow and catch all their tour dates here.

Reflecting back on the new single, Honey Made comments, “We are very happy to be releasing this track now which we think is a good track for the summer.  We hope fans really enjoy ‘Upstairs.’”