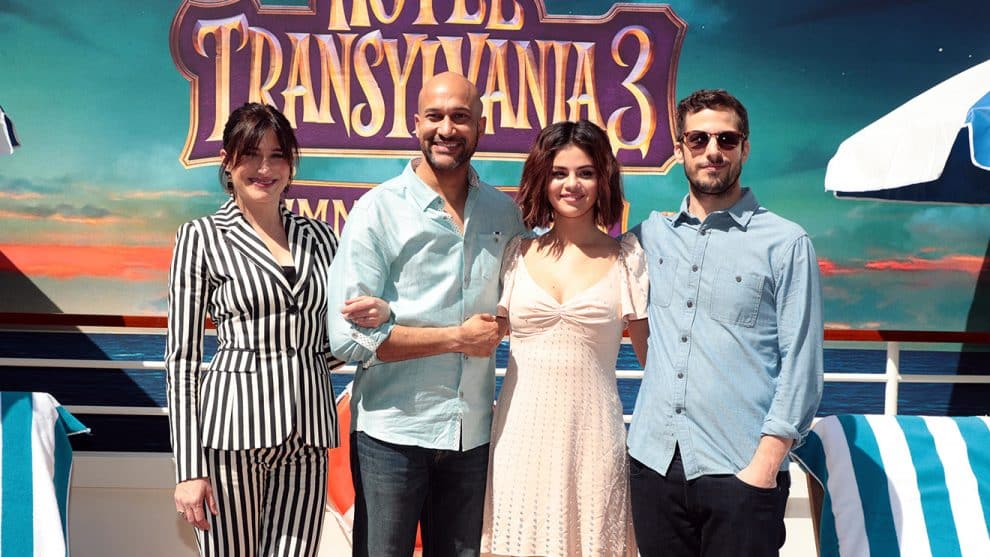 Superstar Selena Gomez made a highly buzzed-about appearance today at the  Sony Pictures Animation Press Day in Los Angeles, CA, with a special presentation highlighting the studio’s upcoming animated slate, including  HOTEL TRANSYLVANIA  3: SUMMER VACATION, in theaters July 13th. Selena was joined by co-stars Andy Samberg, Keegan-Michael Key and Kathryn Hahn to talk about the anticipated film and offer a sneak peak to a lucky few! Additionally, new voice cast members were revealed, with Joe Jonas as the Kraken, and Chrissy Teigen as the Invisible Woman, along with brand new character photos, which you can find below!

In Sony Pictures Animation’s Hotel Transylvania 3: Summer Vacation, join our favorite monster family as they embark on a vacation on a luxury monster cruise ship so Drac can take a summer vacation from providing everyone else’s vacation at the hotel.   It’s smooth sailing for Drac’s Pack as the monsters indulge in all of the shipboard fun the cruise has to offer, from monster volleyball to exotic excursions,  and catching up on their moon tans. But the dream vacation turns into a nightmare when Mavis realizes Drac has fallen for the mysterious captain of the ship, Ericka, who hides a dangerous secret that could destroy all of monsterkind.