Hi there! Halloween is just around the corner and you can catch some of the scariest series and most frightening films exclusively on HULU! Angela Rance believes something is very wrong in her home. Plagued by increasingly frightening nightmares, she isn’t the only one in her family suffering; her husband Henry is slowly losing his mind, while their older daughter spends all of her time locked in her room, and the younger one believes she hears strange noises coming from inside the walls. Desperate, she turns to Father Tomas Ortega – the progressive leader of their suburban Chicago parish – setting him on a collision course with old school Vatican soldier Father Marcus Brennan, as all their fates become entangled in a battle against an ancient force of evil. 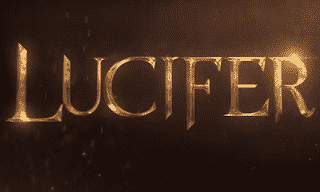 The Devil has come to Los Angeles…Based upon the characters created by Neil Gaiman, Sam Kieth and Mike Dringenberg for DC Entertainment’s Vertigo imprint, LUCIFER is the story of the original fallen angel. Bored and unhappy as the Lord of Hell, LUCIFER MORNINGSTAR (Tom Ellis has abandoned his throne and retired to L.A., where he owns Lux, an upscale nightclub. Charming, charismatic and devilishly handsome, Lucifer is enjoying his retirement, indulging in a few of his favorite things – wine, women and song – when a beautiful pop star is brutally murdered outside of Lux. For the first time in roughly 10 billion years, he feels something awaken deep within him as a result of this murder. Compassion? Sympathy? The very thought disturbs him – as well as his best friend and confidante, MAZIKEEN aka MAZE (Lesley-Ann Brandt), a fierce demon in the form of a beautiful young woman. The Strain is a high concept thriller that tells the story of “Dr. Ephraim Goodweather,” the head of the Center for Disease Control Canary Team in New York City. He and his team are called upon to investigate a mysterious viral outbreak with hallmarks of an ancient and evil strain of vampirism. As the strain spreads, Eph, his team, and an assembly of everyday New Yorkers, wage war for the fate of humanity itself. Co-Creators, Executive Producers and Writers Guillermo del Toro and Chuck Hogan co-wrote the pilot script for The Strain, which was directed by del Toro. Emmy® Award winning Writer and Producer Carlton Cuse serves as Executive Producer/Showrunner and Writer. Gary Ungar also serves as Executive Producer. An FX Networks Original Series. 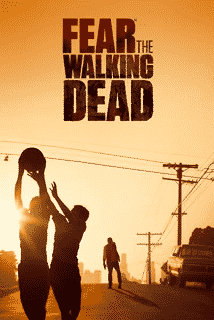 Spin off series of The Walking Dead that portrays the beginning events of the zombie apocalypse in the West coast during the same time frame when the city of Atlanta was falling under attack, while Rick was in a coma at the local hospital. It shows how the strain was already in full effect in the south while it’s just starting in California.

Aet initially in Los Angeles, California, the series follows a dysfunctional family composed of high school guidance counselor Madison Clark, her English teacher boyfriend Travis Manawa, her daughter Alicia, her drug-addicted son Nick, and Travis’ son from a previous marriage, Chris, at the onset of the zombie apocalypse. They must revamp themselves to survive, as they come to terms with the impending collapse of civilization A British drama series which directed by Kristoffer Nyholm, who rose to fame after the hugely popular Danish series, The Killing, directed the new three-parter.

The series is based on Guy Lyon Playfair’s book, This House Is Haunted and is about a series of bizarre events around the phenomena collectively known as ‘The Enfield Poltergeist’ that took place at a council housefrom August 1977 to 1979. The drama draws upon recordings and witness statements to draw the audience in to the unfolding supernatural events

SCREAM QUEENS is a new genre-bending comedy-horror anthology series. The series, produced by 20th Century Fox Television, is from Ryan Murphy, Brad Falchuk, Ian Brennan and Dante Di Loreto, the executive producers of GLEE and “American Horror Story.” The first installment in the new anthology series revolves around a college campus which is rocked by a series of murders. 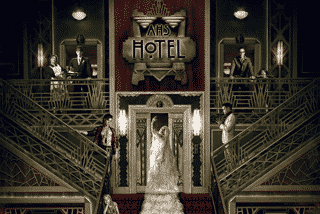 American Horror Story begins by exploring a subversive modern horror tale via the story of the Harmons, a family of three who move from Boston to Los Angeles as a means to reconcile past anguish. In Season 2, American Horror Story: Asylum, a dark story unfolds in a Church-run haven for the criminally insane, ruled with an iron fist by Sister Jude, a nun with a troubled past. Inside this locked down facility, danger lurks around every corner. In Season 3, American Horror Story: Coven, the secret history of witches and witchcraft in America is exposed. Mysterious attacks have been escalating against their kind and young girls are being sent away to a special school in New Orleans to learn how to protect themselves. An FX Networks Original Series. 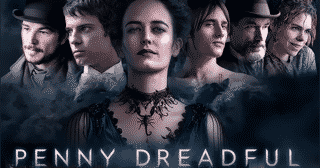 Some of literature’s most terrifying characters, including Dr. Frankenstein, Dorian Gray, and iconic figures from the novel Dracula are lurking in the darkest corners of Victorian London. Penny Dreadful is a frightening psychological thriller that weaves together these classic horror origin stories into a new adult drama. When Charles Lee Ray needs to get quick escape from cop Mike Norris, he takes his soul and buries it into playful, seemingly good guy doll Chucky.

Little does he know a little boy by the name of Andy Barclay will be the new owner of him soon-to-come.
Charles confides in Andy while he commits numerous murders. Once the adults accept Andy’s story as truth, it’s too late. 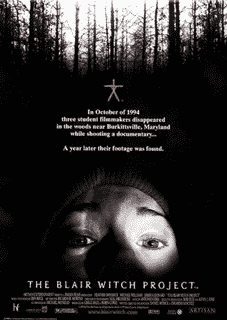 In October of 1994,  three student filmmakers hike into the Black Hills near Burkittsville, Maryland to film a documentary about a local legend known as the Blair Witch.

The legend describes the killings and disappearances of some of the residents of Blair, Maryland from the 18th to 20th centuries. Residents blamed these occurrences on the ghost of Elly Kedward, a Blair resident accused of practicing witchcraft in 1785 and sentenced to death.

The three disappeared, but their video and sound equipment (along with most of the footage they shot) was discovered a year later. 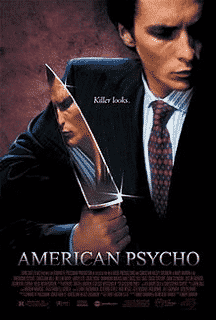 The story of an 80’s yuppie named Patrick Bateman  who works on Wall Street by day and kills people by night. Bateman dresses and talks like all the other wealthy, young Wall Street crowd, and thus mistaken identity plays a big part in his getting away with gruesome murders again and again.

Bateman’s own grip on reality begins to blur over time and his view of reality is a sick, homicidal dream of endless torture and killing.

Everyone has their own agenda and the main concern of Bateman’s friends is which extravagant restaurant to dine at next, or getting the latest and greatest business card to impress one another.

The Silence of the Lambs

A psychopath nicknamed Buffalo Bill is murdering women across the Midwest. Believing it takes one to know one, the FBI sends Agent Clarice Starling to interview a demented prisoner who may provide clues to the killer’s actions. That prisoner is psychiatrist Dr. Hannibal Lecter, a brilliant, diabolical cannibal who agrees to help Starling only if she’ll feed his morbid curiosity with details of her own complicated life.

As their relationship develops, Starling is forced to confront not only her own hidden demons, but also an evil so powerful that she may not have the courage – or strength – to stop it! 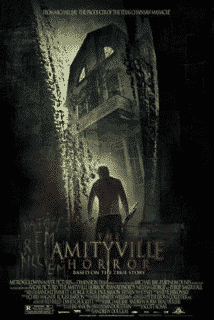 In December 1975, George and Kathy Lutz along with their three children move into an elegant Long Island house. What they don’t know is that the house was the site of a horrific mass murder a year before. They decide to keep the house and attempt to keep the horror in the past, but are now haunted by a murderous presence. This is until, George starts to behave weirdly and their daughter, Chelsea starts to see people. What follows is 28 days of sheer, unbridled terror for the family with demonic visions of the dead.

Based on the true story of George and Kathy Lutz, The Amityville Horror remains one of the most horrifying haunted house stories ever told – because it actually happened. 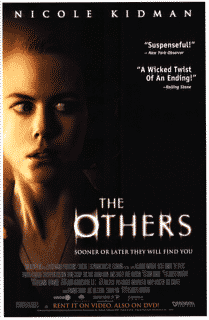 On the secluded Isle of Jersey in the final days of World War II, a young woman waits in vain for her beloved husband to return from the front. Grace has been raising her two young children alone in her beautiful, cavernous Victorian mansion, the one place she believes them to be safe. But they are not safe. Not anymore.

When a new trio of servants arrives to replace the crew that inexplicably disappeared, startling events begin to unfold. Grace’s daughter reveals she has been communicating with unexplained apparitions that come and go in every room of the house. In order to discover the truth, Grace must abandon all of her fears and beliefs and enter the otherworldly heart of the supernatural. 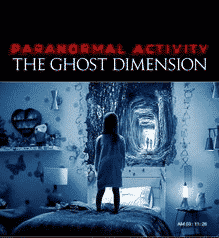 Still reeling from the death of their young daughter, Ryan and Emily move their remaining daughter and their Uncle Mike from New York City to Palo Alto, California, where Ryan has a new job designing video games.

As the family settles into their new home, they soon realize that something isn’t quite right, and that someone or something intends to use their grief for sinister purposes. When a devoted husband and father is left home alone for the weekend, two stranded young women unexpectedly knock on his door for help.

What starts out as a kind gesture results in a dangerous seduction and a deadly game of cat and mouse. Can you really go through life having never wronged anyone? Even if you are unaware of how, or when, and even who you may have wronged….chances are there is someone out there who won’t ever forget it…or you.

Simon and Robyn are a young married couple whose life is going just as planned until a chance encounter with an acquaintance from Simon’s high school sends their world into a harrowing tailspin.

Simon doesn’t recognize Gordo at first, but after a series of uninvited encounters and mysterious gifts prove troubling, a horrifying secret from the past is uncovered after more than 20 years.

The House of The Devil 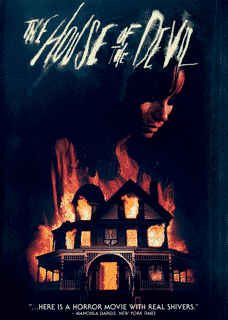 Sam is a pretty college sophomore, so desperate to earn some cash for a deposit on an apartment that she accepts a babysitting job even after she finds out there is no baby.
Mr. and Mrs. Ulman are the older couple who lure Sam out to their creeky Victorian mansion deep in the woods, just in time for a total lunar eclipse.
Tagsa young AMC American Horror Story Hotel American Psycho Brad Falchuk FEAR THE WALKING DEAD Halloween Halloween movie KNOCK KNOCK Lucifer PARANORMAL ACTIVITY: THE GHOST DIMENSION Scream Queens The Amityville Horror The Blair Witch Project THE ENFIELD HAUNTING The Exorcist The Gift The House of The Devil The Others The Silence of the Lambs The Strain