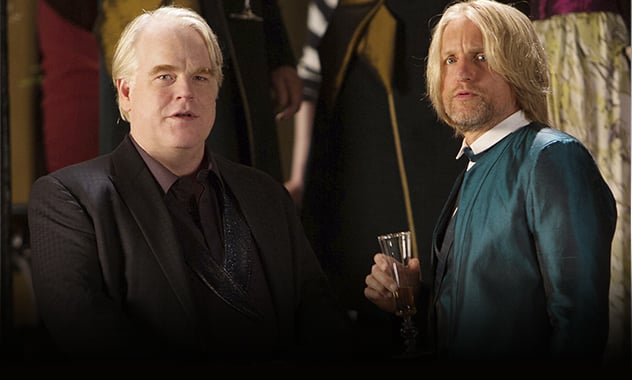 Philip Seymour Hoffman‘s tragic death occurred while he was nearing the end of his work on the two-part ‘The Hunger Games: Mockingjay‘ movies, and while he only had seven days of filming left, those days included at least one key scene. We initially thought that these final scenes would be rewritten to exclude the character of Plutarch Heavensbee, but according to the NY Post, the filmmakers are planning to recreate the late actor with special effects to keep his presence intact.

This is the kind of news that fills us with mixed emotions. Yeah, it feels just plain icky that a bunch of computers are going to attempt to recreate one of modern cinema’s greatest actors, especially with the nightmarish digital models of Jeff Bridges and Arnold Schwarzenegger from ‘Tron: Legacy’ and ‘Terminator: Salvation’ still fresh in our minds. Is a CGI model really the best way to honor Hoffman and the character he was playing? It certainly doesn’t feel like it.

At the same time, we don’t envy director Francis Lawrence and his team. We don’t know the details of the scene in question and it’s entirely possible that the character’s presence is absolutely vital to the story’s success. Faced with typical Hollywood budget constraints and schedules, this may have looked like the best option available (at least on paper). We’ll surely find out more in the months ahead, but we’ll try to give the film the benefit of the doubt.

This isn’t the first time an actor’s unexpected death has prompted the use of special effects to complete the film. When Oliver Reed passed away during the production of ‘Gladiator,’ director Ridley Scott digitally superimposed his head on another actor’s body, allowing them to finish the film without rewriting the script.