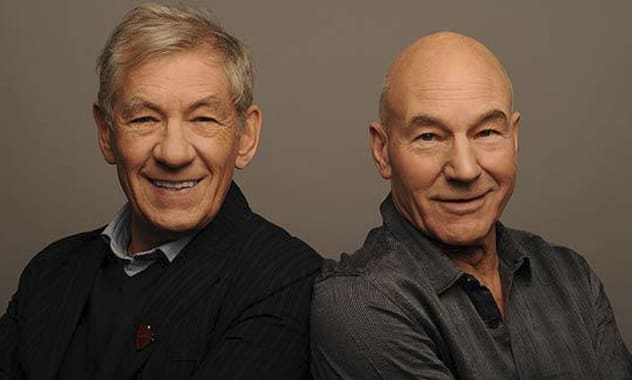 Gandalf and Cpt. Jean-Luc Picard are uniting once more!

The actor joked that he isn’t sure why he’s legally allowed to spearhead the wedding but said he does have experience doing so.

“I’ve done it once before with two guys having a civil partnership,” he said. “I was crying my eyes out.”

But as wonderful as it is to imagine this magnificent event, the bigger question may be what McKellen will wear. The actor said last ti

me he wore a “fetching” white gown. How Gandalf of him!

“You mustn’t upstage the bride,” he joked.

McKellen and Patrick became fast friends while filming the first three entries in the “X-Men” franchise together. They will reunite for the upcoming sequel, “X-Men: Days of Future Past,” to be released next summer. The actors also appeared together as the leads in a 2009 stage production of “Waiting for Godot,” roles they are slated to soon revive.

Skip ahead to the 11:00 marker in the video above to see McKellen discuss his upcoming nuptial duties.