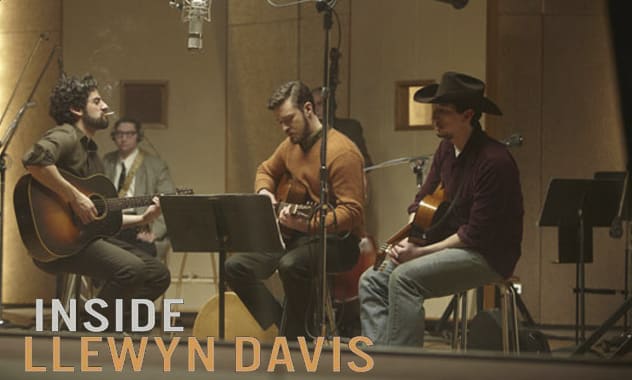 It only makes sense that a movie about a folk singer would include a soundtrack album, and the Coen brothers’ Inside Llewyn Davis will get one late this summer. The soundtrack features songs by Bob Dylan and Dave Van Ronk, along with tunes performed by stars of the movie, including Justin Timberlake, Oscar Isaacs and Carey Mulligan, as well as Marcus Mumford (Mulligan’s husband) and the Punch Brothers.

The 14-song collection, produced by T Bone Burnett, Joel Coen and Ethan Coen, is due out September 17th on Nonesuch. It’s the Coens’ fourth collaboration with Burnett, whose soundtrack to their 2000 film O Brother, Where Art Thou? won five Grammys.

Inside Llewyn Davis chronicles a struggling young folk singer, played by Isaacs, as he tries to find his place in the burgeoning Greenwich Village folk scene in 1961. The movie recently won the Grand Prix at the Cannes International Film Festival. It will premiere in the United States on December 6th.

The track listing, and a red-band trailer, are below: