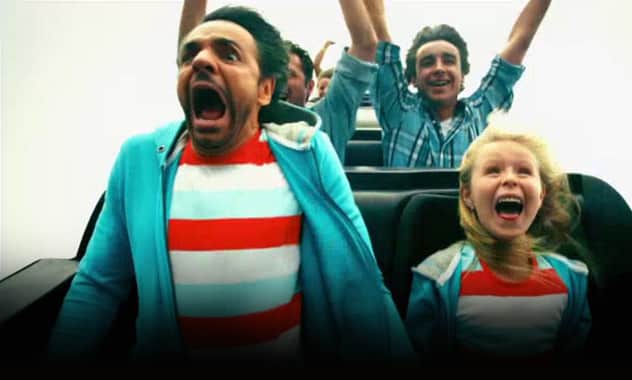 English speakers need subtitles to understand the movie and probably Google to know where they’ve seen the star, if at all.

But a movie featuring a Mexican actor whose shows have been a TV staple in Mexico for years has taken Hollywood by surprise.

The movie “Instructions Not Included,” with Eugenio Derbez as actor, director and one of the writers, turned in the biggest Spanish-language opening ever over the Labor Day holiday weekend in the U.S., according to studio estimates Monday.

It took in $10 million and ranked fifth at the box office, competing with blockbusters such as “The Butler” and Disney animation “Planes” that were shown in 10 times more theaters.

“Latinos are becoming more and more the population. In a way, you can count on them to be an anchor audience,” said Charles Ramirez Berg, media studies professor at the University of Texas and author of “Latino Images in Film.”

The comedy tells the story of Valentin, a playboy in the resort city of Acapulco who one day is paid a surprise visit by one of his conquests and her baby daughter, who is his. The mother runs away, forcing the single heartthrob into a parent role.

Valentin moves with his daughter to Los Angeles after learning the mother might live there. Even when they fail to find her, they stay in the U.S., where blonde, blue-eyed Maggie grows up speaking an accent-less English in school and flawless Spanish at home. One day, the mother shows up to claim her daughter.

“It’s comedy, drama. It’s about family. It’s about parenting children. And you are going to get the audience that can relate to that,” Ramirez Berg said.

Even when the movie did not get the Hollywood P.R. treatment and relied mostly on Derbez’s social media influence for promotion, it packed theaters in California and Texas over the weekend. It brought the 347 theaters where it opened $28,800 each in average ticket sales, according to Hollywood.com.

“Here is the hyper-grossing hit of Eugenio, earning more than three times per theater than Hollywood’s Hot-List,” tweeted Mexican actor Kuno Becker, who is currently a cast member of TNT television series “Dallas.”

The film’s distributor is Pantelion Films, a joint venture of Lions Gate and Mexican media giant Televisa that is tapping into the fast-growing Hispanic population, which accounts for a quarter of frequent moviegoers in the U.S.

Pantelion released the mother-daughter comedy “Girl in Progress” with Eva Mendes, which is mostly in English, and “Casa de Mi Padre,” which featured a goofy Spanish-speaking Will Ferrell. But “Instructions” already brought more in ticket sales than those two films combined.

Derbez thought of the movie as his crossover to “conquer the Anglo market,” even though it’s mostly in Spanish, he told The Associated Press.

His face may not be as well-known in the U.S., playing only small roles alongside Adam Sandler in “Jack and Jill” and appearing in the one-season TV sitcom “Rob.” But unlike Salma Hayek, whose career really took off in Hollywood, Derbez is already a big star in Latin America.

The versatile comedian has turned his characters’ expressions into everyday sayings in Mexico. He has played an ugly monk who picks his nose, a hairy-chested Snow White and the patriarch of a plush-wearing family.

“Now I wanted to do a moving film that touched the heart,” Derbez said.

‘True Blood’ Season 7 Will be The Last: Series Ending In 2014
Miley Cyrus: I Wanted to ‘Make History’ at the VMAs