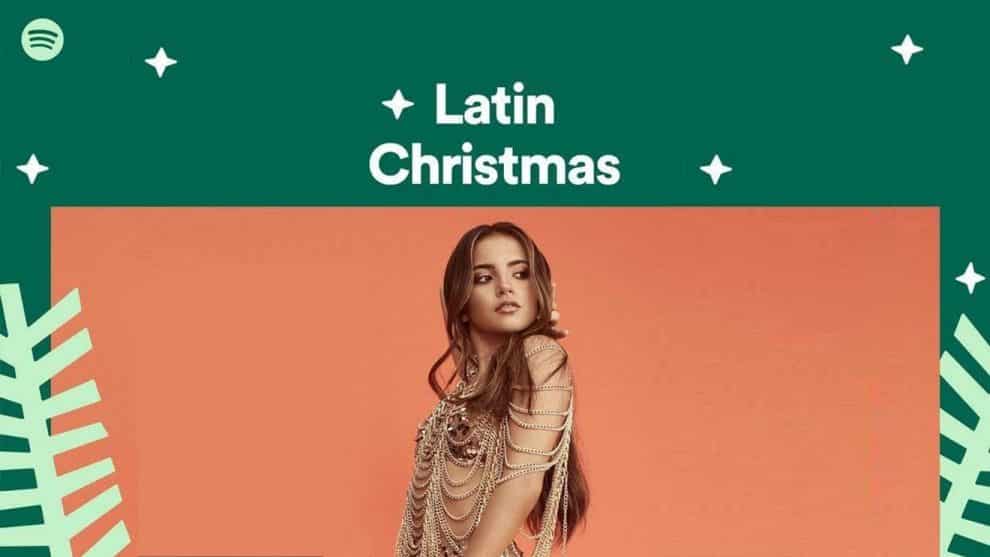 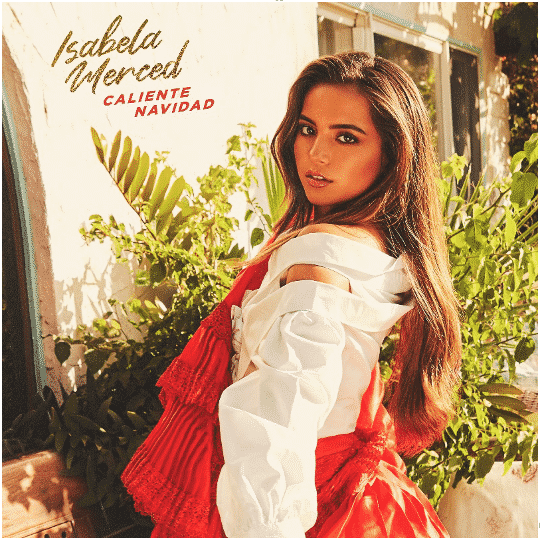 “Last year, I was able to spend Christmas with my family in Peru, and it was by far the warmest feeling ever. It was a lot of dancing, eating, and the fun didn’t stop until the next day.” Isabela comments, “On Christmas my family makes chocolate caliente, and cuts Paneton. Then the celebrations start with lots of dancing. One of our traditions is the alcatraz, a Peruvian dance. My hope is everyone gets to have a Caliente Navidad, whether it’s in a warm place or just a warm Christmas surrounded by those you love.”

Recently, Isabela teamed up with Mexican actress, singer and model Danna Paola for the scorching collaboration “Don’t Go.” Within a month, it has already amassed 1.7 million Spotify streams as well as garnering critical acclaim. In addition to features by Access Hollywood and more, E! News wrote, “The sizzling pop track pulls from the worlds of salsa and chanteo, making its release during Hispanic Heritage Month all the more special.”

Earlier this year, she dropped her debut EP, The Better Half Of Me. The lead single “Lovin Kind” has generated 10 million-plus Spotify streams and counting, while attracting praise from Teen Vogue and more.

After nearly a decade in entertainment, Isabela Merced empowers herself first and foremost on her debut EP, The Better Half Of Me [Republic Records]. Rather than looking outward, the 18-year-old singer, songwriter, actress, and performer turns her gaze inward and emerges with five bilingual anthems that boldly break boundaries between cultures and genres. Growing up in Ohio of Peruana and American descent, she made it to Broadway in Evita at just ten-years-old. As an actress, she appeared in acclaimed films, including Sicario: Day of the Soldado, Instant Family, Transformers: The Last Knight, and Dora and the Lost City of Gold as the iconic title character. Not to mention, she starred in the NETFLIX favorite Let It Snow. Along the way, she simultaneously established herself as a musical force. She teamed up with Sebastian Yatra for “My Only One (No Hay Nadie Más),” generating nearly 50 million Spotify streams. In 2019, her formal solo debut single “Papi” eclipsed 5 million Spotify streams, the official music video was viewed over 12 million times on YouTube, and the song drew acclaim from Refinery29, Billboard, Teen Vogue, and many more.

In the summer and fall of 2019, Isabela immersed herself in music at songwriting camps and in the studio with industry heavy hitters like Justin Tranter [Ariana Grande, Justin Bieber], Andres Torres and Mauricio Rengifo (“Despacito”), and producers Zach Skelton and G.O Kings Bred. In 2020, she continued working on what would become the better half of me. It showcased her writing and voice on a new level, emphasizing growth and unfiltered honesty across the entire body of work. After cowriting “Lovin Kind,” “Chocolate,” and more, “Apocalipsis” would be the final track written and recorded. She crafted the song alongside her younger brother and producer, Gyovanni Moner, known as Good Lunch. Upon finishing the five-song EP, she realized the vision was complete and decided to release it from quarantine at home.

Jennifer Lopez And Maluma To Heat Up The Stage With World Premiere Collaboration Performance At The ‘2020 American Music Awards’
Are you sure your Wi-Fi is as reliable and strong as it could be? Make sure with these tips