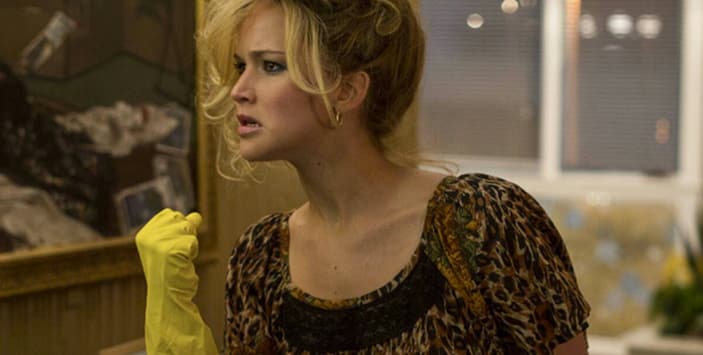 The clip is introduced by Entertainment Tonight’s Nancy O’Dell, and shows Lawrence in her Roselyn Rosenfeld persona mouthing the words as she cleans in yellow rubber gloves, vacuuming and dancing wildly through the house.

The four-minute scene ended up on the cutting room floor, although the movie did feature Lawrence lip syncing “Live & Let Die.”

Lawrence was nominated for an Academy Award for the movie, but lost to Lupita Nyong’o for “12 Years a Slave.”

The clip is just another fun look at the star who has captivated the country. “Clearly, we’ve been approaching housecleaning in the wrong way,” CNN wrote about the scene. “It seems it’s best done with solo dancing and the most sincere lip-syncing this side of a pop star’s concert.”

Fans of the exuberant Lawrence are sharing the video all over, reiterating their admiration of her performance.

Jennifer Lawrence lip-syncs for her life (and gives me life in the process) — ICYMI: http://t.co/iXr8TVYpwd http://t.co/CwwzodGNox

Jennifer Lawrence’s Crazed Lip-Sync Will Blow You Away She is officially my favorite person on earth. #Santana http://t.co/gSRArmHAuI