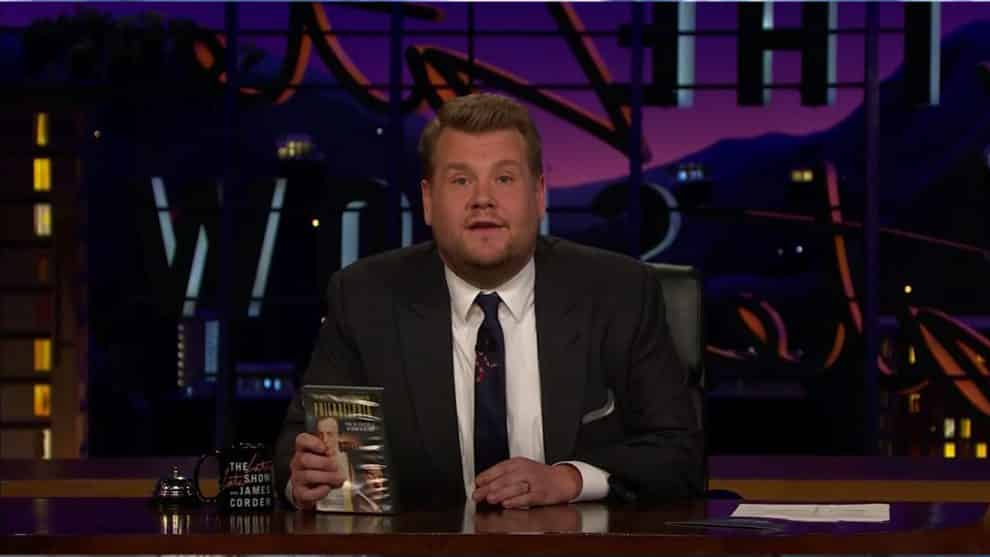 Philadelphia, starring Tom Hanks and Denzel Washington, opened up James Corden to the realities of the HIV and AIDS crisis. Now, concerned over the news that six people quit Trump’s Presidential Advisory Council on HIV and AIDS, the late-night host shared this life-changing film with the president — 297 times to be exact.

“Most of what I know or when I started to learn or first hear about HIV and AIDS, I learned from the movie Philadelphia,” Corden said on The Late Late Show Tuesday night. “It was the first I had seen anything about this disease on television, and as I learned more, I started to care about it and I was thinking to that, I was thinking maybe that’s the problem here. Maybe Donald Trump doesn’t care because he’s never seen Philadelphia. In fact, I’m almost certain that’s probably what it is.”

Corden, who also urged his viewers to send their Philadelphia copies to Trump, shared statistics like, “more than 1.1 million people in the U.S. live with HIV/AIDS, and of those nearly 60 percent are unable to access lifesaving medications, and that’s not to mention the 36.7 million people worldwide who live with HIV, of who nearly 2 million are children under the age of 15.”

He added: “We hope that if Trump watches Philadelphia, he’ll understand two things: One, Tom Hanks definitely deserved that Oscar, and No. 2, we hope that he’ll realize that HIV and AIDS is something that you or any president of the United States, or any world leader for that matter, can never afford to ignore.”

ZTE Axon 7 Mini Gets Android 7.1.1 for All Users!
Global Premiere of TRANSFORMERS: THE LAST KNIGHT in London