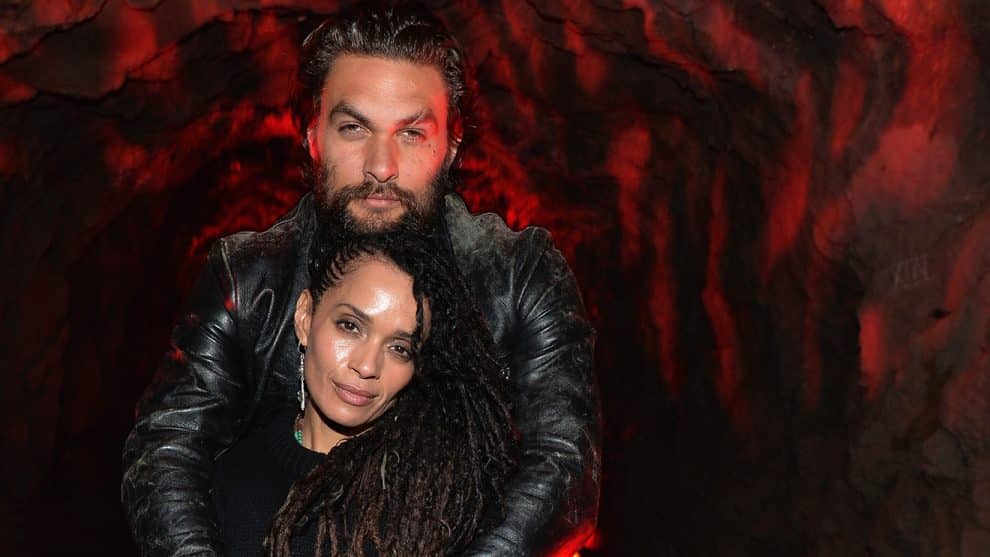 Jason Momoa and Lisa Bonet have tied the knot at their home in Topanga, California! The couple, who have been together for ten years and share two children – Lola Iolani, ten, and eight-year-old son Nakoa-Wolf – were rumoured to have wed back in 2007, but actually wed in early October after obtaining a marriage license. The Game of Thrones star has previously opened up about inviting Lisa, who is the mother of actress Zoe Kravitz, on their first date. “It was through mutual friends,” he told the Huffington Post. “It just happened on a serendipitous night and we just kind of met and I thought she left, but I was living out of a hotel and I invited her to the diner… I was a fool… She ended up liking me, so that was good enough.”

Jason referred to Lisa as his wife prior to their wedding, telling CBC back in 2013: “My wife being a very pretty woman. She’s beautiful and I love her… My wife’s Lisa Bonet. I’m a very lucky man.” Lisa, 49, surprised Jason for his 38th birthday in August by bringing their two children to the set of Aquaman. The actor posted a snap of the group together on Instagram, writing: “I love u my loveee my babies my friends and OHANA to my cast and crew. Mahalo for caring. It was so beautiful. Mahalos to all the warriors It was an honour. #mindblown. #roots #connected #mytribe aloha j.”

Jason is set to star in the blockbuster Justice League, and recently shared his concerns about his increasing fame after the film’s release. He told GQ: “When they dropped that trailer, things got crazy. I’m excited, but I’m also very scared because this is all that matters to me right here. When I’m by myself, I’m really cool and nice to everyone, but then the whole paparazzi thing? If you see me with my kids, I change. I just want them not to deal with that. I’m just Papa to them. We don’t watch TV. We haven’t even seen Star Wars yet.”