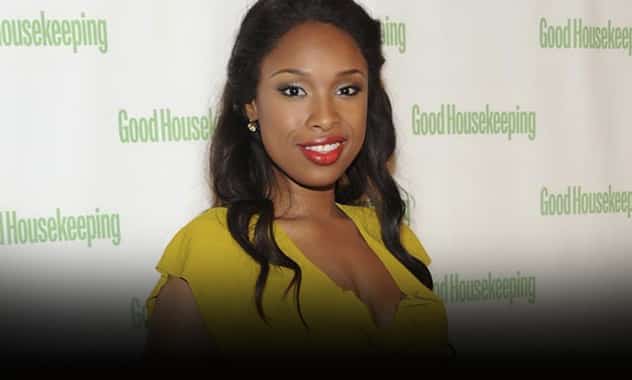 In the amusing, amazing clip, Williams drops a stack of papers upon learning of Hudson’s generous gift. He then flaps his hands and projects several high pitched screams from sheer excitement. The 32-year-old Oscar-winning actress, meanwhile, dressed in comfortable yoga pants, a tank top and black fedora, scrambles back toward the couches stunned by her assistant’s reaction and is subsequently tackled by Williams. Her longtime employee proceeds to give her a big bear hug.

Meanwhile, a large group of entertained guests, including Hudson’s sister Julia, watch the gift-giving take place. The following day, the actress posted a picture via Instagram of herself, covered in powdery snow, with Williams in the background. “He dumped me in these snow yal!” wrote the star. “That damn Walter!!”The former Idol contestant and her longtime assistant have known each other since the sixth grade, when they were classmates at Yale Elementary in Chicago. Hudson told The Advocate in 2011 that Williams was her closest pal. “My assistant Walter is going to kill me for this, but whatever,” she said. “Walter and I have been friends since sixth grade. He’s by far my closest friend and my closest gay friend ever.”

He was especially present in the singer’s life following the tragic death of Hudson’s mom, brother and nephew, who were murdered back in 2008.