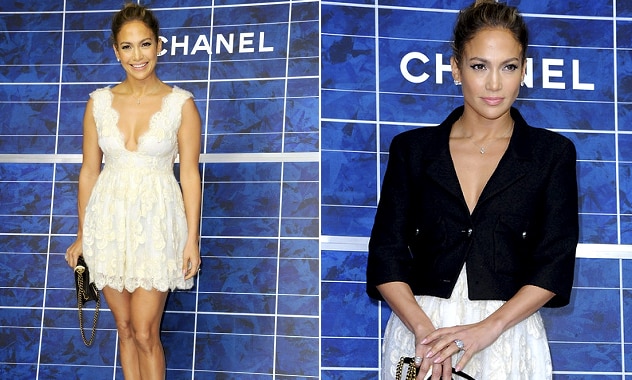 JLO is red hot for the Obama campaign.

In a new political TV ad for the Obama campaign, Jennifer Lopez talks about  the importance of women going out to vote and re-elect the  commander-in-chief.

“Women will help decide this election,” Lopez says in the new ad, where she  is joined by fellow superstar celebrities Beyoncé, Eva Longoria and Julianne  Moore.

“I grew up with a strong hardworking mom and dad and two brilliant sisters,” Lopez continues. “I learned from an early age that when women come together  there is nothing that we can’t do.”

As the TV ad was unveiled on line, Lopez sizzled in a cherry-red fitting  dress with a high slit and matching crimson lips at a fundraising event for  President Barack Obama, in Paris on Monday, the Daily Mail

At her side was boyfriend Casper Smart, looking sharp in a three-piece gray  suit. Other A-list celebrities including Scarlet Johansson and Mick Jagger  joined Lopez and her man at the political event.

But the fun didn’t end there.

On Tuesday, the couple was spotted with Lopez’s daughter, Emme, at the Chanel  show, where JLO’s 4-year-old daughter looked pretty in pink in a Chanel dress  and her superstar mom rocked a white mini-dress.

Smart and Lopez, minus Emme this time around, then were seen sporting new  outfits sitting next  to Italian fashion mogul/designer Valentino Garavani.  Lopez was rocking a short fuschia dress and Smart opted for a white shirt, black  coat and black pants.