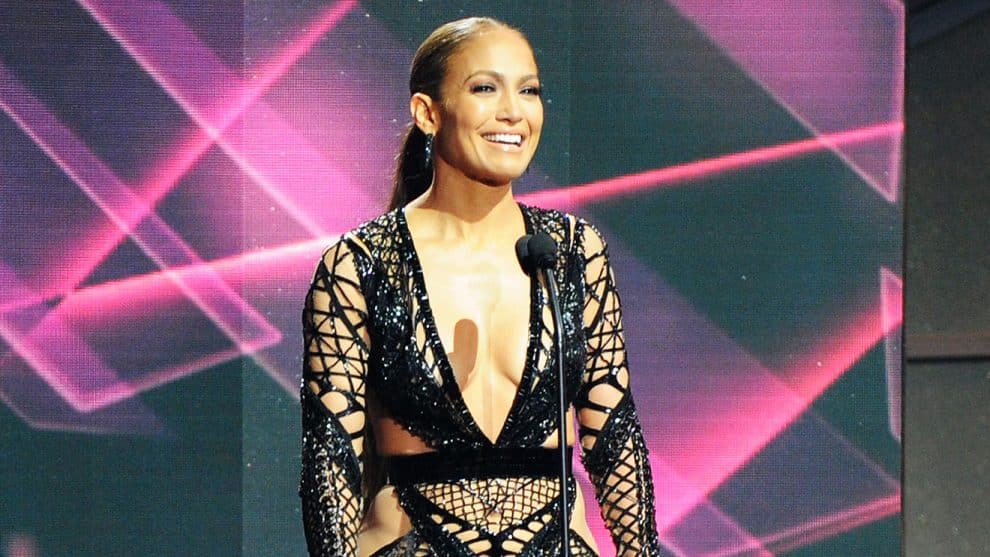 The amazing performance of Jennifer Lopez on her newest Spanish single stunned the audience at the 2017 Billboard Latin Music Awards. Her new song “Mirate” collected a lot of love from the audience and a number of famous musicians including Lin-Manuel (the creator of popular American Musical ‘Hamilton’), Rihanna, Demi Lovato, and Sofia Vergara congratulated her on the outstanding performance and for the Star Award via video. The gorgeous singer has previously earned the Billboard Latin Award back in 2013.

The appreciation didn’t stop there and everyone gave her huge applause when she came on stage to receive her “Premio de la Estrella Award” that is also known as Telemundo Star Award. The excitement and happiness of the singer was visible from her face and thanked everyone for their support and appreciation and said that winning two big awards “Star Award” and “Social Artist of Year” became possible due to her fans. “Your support and wishes matter a lot to me”, she said while addressing to the audience of the event. Her boyfriend, Alex Rodriguez, wasn’t present in the event but her ex-husband and producer was there to support her and celebrate her great success.

During her speech she said that her family was in music and it was like coming back to her roots which had great significant for her. “Such moments are the result of hard work and we should be thankful to be blessed if we find them. I am feeling blessed and excited for being the part of this creative world and have no words to explain my feelings in words”, she added. She termed it a great honor to receive award among those artists to whom she always appreciated and admired.

Her previous albums also received popular awards which include her “Brave” album launched in 2007 and “Dance Again… The Hits,” that released in 2014. Jennifer Lopez is a multi-talented personality and is well known for her abilities in singing, modeling, dancing, and as a fashion designer.