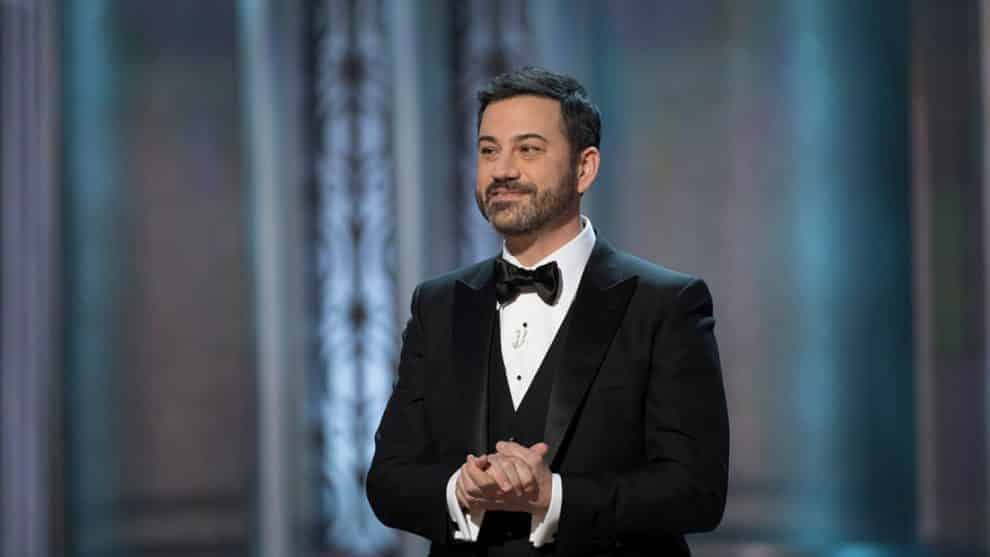 While Oscar host Jimmy Kimmel has no objections about tackling politics at the Academy Awards this Sunday – because, you know, Donald Trump – he most likely won’t be addressing the Time’s Up initiative and #MeToo movement.

‘This show is not about reliving people’s sexual assaults,’ the presenter explained when asked by ABC whether he will comment on the allegations of sexual assault and abuse that have sullied Hollywood.

‘It’s an awards show for people who have been dreaming about maybe winning an Oscar for their whole lives,’ he ruminated.

‘And the last thing I want to do is ruin that for someone who is, you know, nominated for, you know, best leading actress or best supporting or best director or cinematographer, or whatever, by making it unpleasant.’

He concluded: ‘I’m not going to … stop any bad behaviour with my jokes.’

Kimmel – who is returning as Oscar presenter for the second year in a row – also suggested it was ‘almost necessary now’ for comedians to speak out about ‘serious subjects.’

He argued against the notion that people in showbiz should refrain from commenting on politics, joking that the US did elect Trump as president after all.

‘A lot of people are going with this line of reasoning where they say, people in show business shouldn’t speak out about politics,’ the late night chat show host continued.

‘And yet … they elected Donald Trump the president of the United States. So I think that argument has pretty well jumped out the window.’

James Corden previously came under fire for making a joke about Harvey Weinstein at a black-tie charity event in Los Angeles last year.

After telling the audience that the night was ‘so beautiful, Harvey Weinstein has already asked tonight up to his hotel to give him a massage’, he later issued an apology on Twitter.