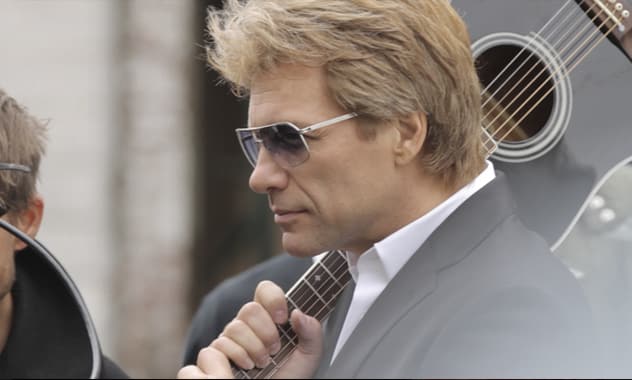 Avon Products, Inc.today announced that Jon Bon Jovi will serve as the face of “Unplugged” fragrances for him and for her, two new scents that exude passion, soulfulness and intensity. The partnership unites a rock icon and a major force in beauty, both of whom are dedicated to charitable efforts.

Avon, the company for women, is a leading global beauty company, with over $11 billion in annual revenue. As the world’s largest direct seller, Avon markets to women in more than 100 countries through approximately 6.4 million active independent Avon Sales Representatives. Avon’s product line includes beauty, fashion and home products, and features such well-recognized brand names as Avon Color, Anew, Skin-So-Soft, Advance Techniques, Avon Naturals, and Mark. Avon is a global leader in the causes of breast cancer and domestic violence, with more than $860 million raised and awarded worldwide through the Avon Foundation for Women and global philanthropic programs. The company is committed to continual improvement in environmental stewardship, and is included in the Newsweek green rankings of the top 500 largest US companies and the 100 Best Corporate Citizens. Learn more about Avon at www.avoncompany.com.

The Grammy-winning band, Bon Jovi has set the bar for nearly three decades as one of the world’s most successful rock bands. Their last two consecutive tours were named the highest-grossing tours in the world in 2008 and 2010, respectively. They have sold over 130 million albums, consistently releasing #1 albums, Top Ten hits and have performed in over 50 countries for upwards of 34 million fans.

Jon Bon Jovi is also Chairman of The Jon Bon Jovi Soul Foundation. Since 2006, the Foundation has addressed issues that force families and individuals into economic despair and has built 330 units of affordable housing. The Foundation expanded in October 2011 with the opening of the JBJ Soul Kitchen, which serves nutritious, culinary dishes in a restaurant atmosphere to diners who contribute either volunteer hours or a minimum donation for their meals. The Soul Kitchen is housed in a renovated 1,100 square foot former auto-body shop in Red Bank, NJ.