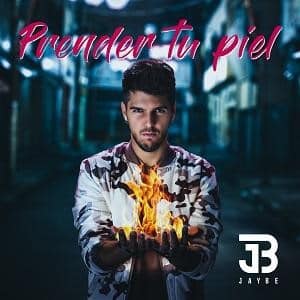 This young man who was born in Caracas (Venezuela) and from very young age moved to Spain Has grown all his life accompanied by music. JayBe officially launched his musical career during this past year, releasing his first single “Ya Me Olvidé” which was produced by the renowned Latin Grammy winning Venezuelan producer, José Luis Morín. “Ya Me Olvide ‘ achieved significant airplay in Guatemala and Ecuador and took JayBe to the city of Miami, where he currently lives.

In the month of May of this year he returned to Spain to work with producer Emilio Mercader in what is his second single “Prender Tu Piel”. The track, which is now available on all digital platforms and is also accompanied with its music video, is a fusion of Reggaeton and Pop with a blend of Flamenco rhythms included.

Click below to watch the music video for “Prender Tu Piel”

JayBe is continues working on his full-length production and preparing a promotional tour to support “Prender Tu Piel”.