That post-credits post-script still might be the most unbelievable thing about The Jungle Book, Disney’s “live action” fantasy that’s sailed well past half a billion dollars at the worldwide box office in just two weeks.

But it’s true: From lush jungles to rushing waters and talking beasts of all sizes and stripes, the entirety of The Jungle Book was captured in a nondescript building, using nothing more than a lot of blue screens and a 10-year-old kid who’d never been in a movie before.

Well, that may be understating it a bit.

“Every single shot requires hundreds of people and a tremendous amount of collaboration,” says director Jon Favreau in this making-of featurette.

Not to take too much of the magic out of it, but here’s your best look yet at the clockwork behind the film that’s been heaped with praise not just for its stunning, photo-realistic visuals, but also its artful storytelling.

But did you see those visuals? More than 20 years after Toy Story changed the CG game for animation — and let’s face it, The Jungle Book is way more animated than it is live-action — it’s still stunning to imagine that computers can turn hand puppets into talking bears and giant orangutans. 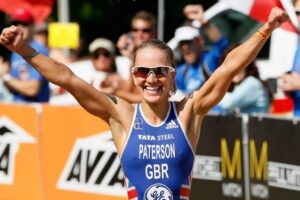