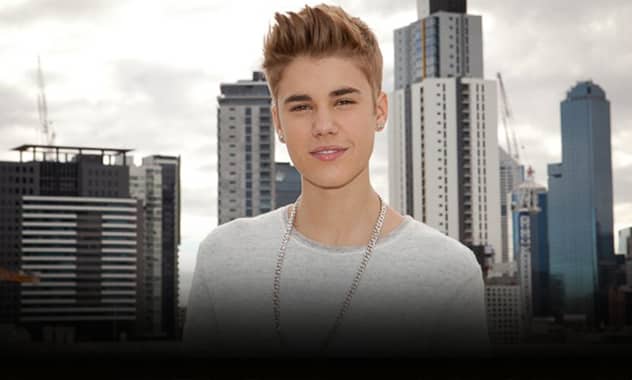 Two fugitives arrested last month, one in Vermont and the other in New York, had plotted to kill the teen pop idol and several other people, according to New Mexico’s KRQE News 13, which reports that investigators believe the two men were conspiring with a convicted murderer they met in prison.

The St. Albans Police Department in Vermont confirmed to E! News that Mark Staake, 41, and his nephew, Tanner Ruane, 23—both wanted in Albuquerque on charges of conspiracy to commit murder in the first degree and conspiracy to commit aggravated battery with a deadly weapon—were picked up by State Police in Vermont and New York, respectively, and are now being investigated in connection with the alleged Bieber conspiracy.

“There is no credible evidence to suggest that any individual(s) in the greater St. Albans area were or are in any imminent danger presented by Ruane’s brief stay in St. Albans,” police said, also noting that they had identified the intended victims but were not releasing their names.

In response to the macabre news, Bieber’s manager, Scooter Braun, told Us Weekly: “We take every precaution to protect and insure the safety of Justin and his fans.”

Meanwhile, according to KRQE, the convicted killer who hatched the alleged plot is the one who ultimately detailed it to detectives.

Per KRQE, Dana Martin, who’s serving two life sentences for rape and the killing of a 15-year-old girl, told investigators that he had recruited Staake, who in turn recruited Ruane, to kill two people he knew in Vermont—but that the centerpiece of his plan was the murder (via strangulation with a paisley tie) and castration of Bieber and his bodyguard.