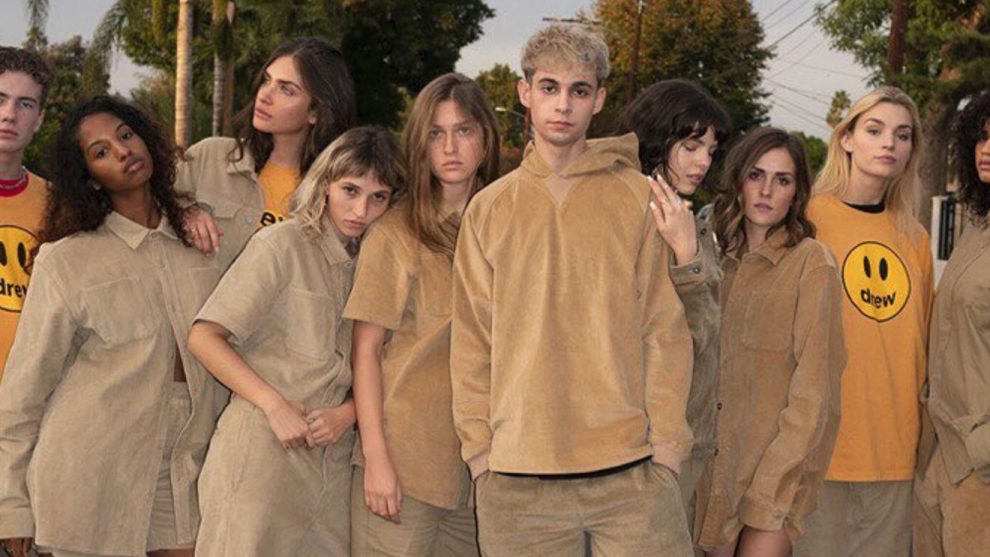 Justin Bieber has been showing off his new clothing line, Drew, via his laid-back street style looks for months. And now the collection is finally available to shop.

Drew, which is a nod to the singer’s middle name, just dropped online with a selection of Yeezy-esque T-shirts, sweatshirts and shorts, along with a collection beige corduroy pieces, emblazoned with the Drew log and a smiley face. The collection ranges from $48-$148 and includes all unisex pieces, with the website encouraging shoppers to “wear it how you want.”

According to the website’s “About Us” page, Drew House is described as a “place where you can be yourself. Blah blah blah blahsdbksjdfhl. Wear like you don’t care. Come chill. K. Bye.”

In reports obtained by The Blast, Bieber supposedly began working on this line when he trademarked the name “Drew” (along with “The House of Drew” and “La Maison Drew”) in February 2018.

By October 2018, he was spotted sporting the brand numerous times while out and about wearing a yellow logo-emblazoned sweatshirt and a “drew” logo tee.

In November he was pictured wearing a black sweatshirt with the smiley-face logo front and center.

And by December, he shared an Instagram photo of his notorious white slippers with the Drew logo on the front with Drew-themed chain necklaces also displayed in the shot.

Bieber’s new wife, Hailey Baldwin, has also been representing her husband’s brand. In November she was spotted in West Hollywood rocking a black oversize Drew hoodie with white leggings.

This new venture by Bieber comes after the singer announced that he’s taking a break from music. A source close to the singer shared that he dialed back his work commitments to spend more time with his new wife Hailey Baldwin.

“He’s happy and content,” said the source. “He is in love with Hailey. She encourages him to do whatever he wants to do, and is encouraging him in this season of self-discovery.”

Right now, he’s focused on “searching for a purpose,” the insider said.

“He’s thinking, ‘Hey, maybe it’s not music. Maybe there are other things I should be doing.’ So while he’s figuring it out, the last thing he needs is people asking him when he’s going back into the studio,” said the source.

He also hopes to make a positive mark on humanity, in addition to his music.

“He truly wants to make the world a better place, and he’s self-aware enough to know that some of his previous choices may not have accomplished that,” the source said. “So he’s working through it, which really should be applauded. It’s a very mature thing to do.”