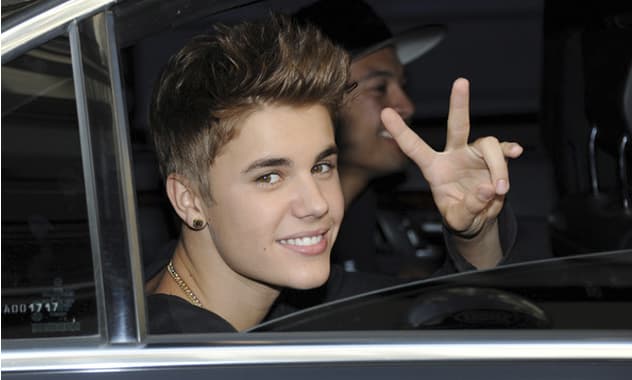 NBC had a bad case of Bieber Fever, and the only way to get over it was with a two-part special featuring the pop phenom. “Justin Bieber: All Around the World” (Wed., 8 p.m. ET on NBC) took his fans not only all around the world, but backstage and even behind the scenes with extensive interviews with various people involved with Bieber’s tour.

But don’t worry, the Biebs himself was all over the documentary, getting mobbed by female fans — he doesn’t mind that bit — and even taking a scary tumble down a flight of stairs. This was after he hit his head during a show in Paris. The blow was so hard that he was knocked unconscious for several minutes, and even suffered a bizarre after-effect.

Bieber was shown in the camera demonstrating how one of his eyebrows had simply stopped working. He seemed more intrigued by the phenomenon than concerned. It was only a temporary situation, but further exemplified how dedicated and hardworking he is. He’s certainly not taking any of his fame for granted.