Kumar Patel is moving beyond the White Castle munchies and instead making something a little more gourmet for charity.

On Monday’s episode of MasterChef Celebrity Showdown, Kal Penn, one of the actors known for those stoner classic “Harold and Kumar” films, reigned as champion, winning $25,000 to donate to a charity of his choice. Penn used the prize money to support Palestinian refugees in Syria through the United Nations Relief and Work Agency.

The UNRWA USA is an independent nonprofit organization dedicated to providing humanitarian assistance to Palestinian refugees all over the Middle East.

“Only in America can a guy make tacos on Fox TV, almost lose an eye and win $25,000 to support Palestinian refugees,” Penn said, according to UNRWA. said in a tweet, according to UNRWA USA. “I’m thrilled to be helping UNRWA do its critical work in Gaza and Syria. They’re a lifeline for so many families that have been struggling for decades to meet their basic needs and achieve their rights.”

Lots of great, thoughtful questions about how celebs choose their respective NGOs for celebrity Master Chef! Here's how I chose mine: pic.twitter.com/RbzwhO6pto

The celebrity contestants were challenged to cook a meal using one main ingredient — beer — where judges celebrity chef Gordon Ramsey and Momofuku Milk Bar owner Christina Tosi decide which one was best. 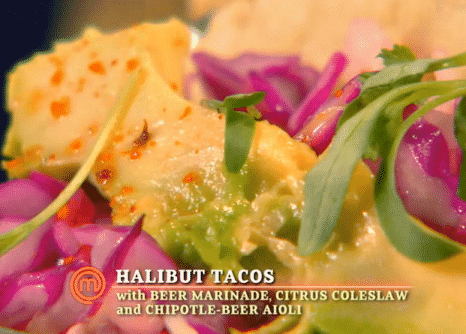 “Much of our own media attention is focused away from the human stories of children and families who are suffering due to displacement against the rule of international law, terrorism and violence from so many sides,” Penn said in his tweet. “So having the chance to cook to benefit refugee families on MasterChef seemed like the right thing to do.”