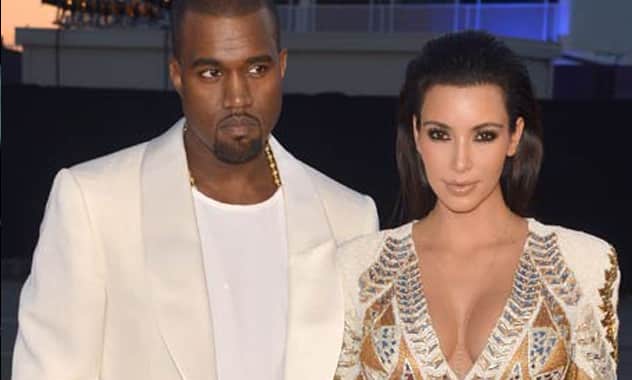 Kanye West debuted his new film at the Cannes Film Festival, Cruel Summer, in the form of an art installation taking up seven television screens. The film features hip hop artist Kid Cudi and Lebanese actress Razane Jammal, and is about a thief who falls in love with a blind Arab woman.

The film features all new music and has an unusual format, with lots of information hitting you all at once. Senior Editor of GQ, Logan Hill, tweeted,

In Cruel Summer, Cudi‘s character falls in love with Jammal‘s, but her father says they can only marry if she cures her blindness. Aziz Anzari and Kanye West also have small roles in the film. West was the writer, producer, and director of the film. This rapper is sure branching out in the entertainment industry. He even received a standing ovation at the film premiere.

The installation was staged at “a pop-up pyramid in a parking lot by the water.” Viewers were surrounded by the seven screens. Kanye‘s explanation for such an elaborate way to present his film involved the massive amounts of data we are constantly processing. He said,

“You’re always looking at a Blackberry when you’re at a ballgame or the theater. It’s because of the amount of information we have at once.”

West attended Cannes with his girlfriend Kim Kardashian. Cruel Summer was shot in Qatar and consulted individuals from the Doha Film Institute as cultural and creative advisors for the film. For the 30 minute short film viewers had to constantly look all around them to get the full experience.

Sounds like a really cool idea. I like the fact it makes the audience look all over the place in search of the full story instead of staring straight ahead and seeing the same thing on screen as everyone else. It seems like people would get a different impression of the film depending on what they saw and processed. What a revolutionary idea for film! I like it, Kanye. Good job!

Are you excited to see Kanye break into the film industry?