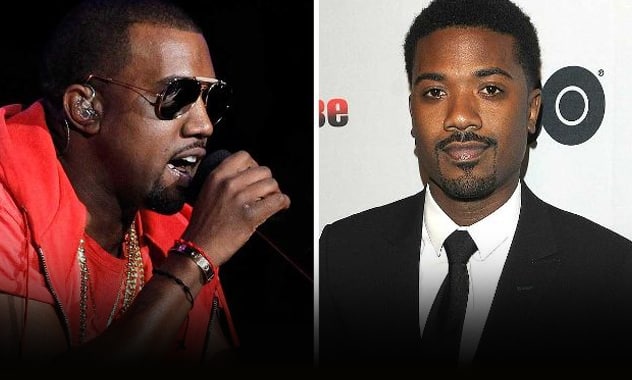 Kanye West dropped by “Late Night With Jimmy Fallon” for a surprise performance of “Bound 2,” and he changed the opening lyrics to slam his girlfriend Kim Kardashian’s ex-boyfriend and sex tape partner, Ray J.

“Brandy’s little sister lame man he know it now/ When a real brother hold you down, you supposed to drown.”

Ray J, who is the younger brother of singer and actress Brandy, met Kardashian when she was working for his sister as a stylist back in the mid-2000s and would go on to help propel her to stardom when their sex tape went public in 2007.

West’s lyrical diss appears to be the rapper finally responding to Ray J’s song, “I Hit It First,” the video for which was released back in April and featured a Kardashian look-alike.  In addition to lyrics that seemed to strike at Kardashian’s relationship with West, Ray J appeared to go out of his way to make it clear that the song was about Kardashian, since the cover art image for the single is based on a shot of the reality star wearing a bikini and is even pixelated to look like West’s album cover for “My Beautiful Dark Twisted Fantasy.”

Despite all this, Ray J has claimed the song is not about his ex.

“It’s a song, it’s not about that, it’s about a concept,” Ray J said in an interview with New York radio station Hot 97. “People going way too deep. They just gotta keep it on the surface. I’m not trying to create no war, it’s all love; we’re doing music.”