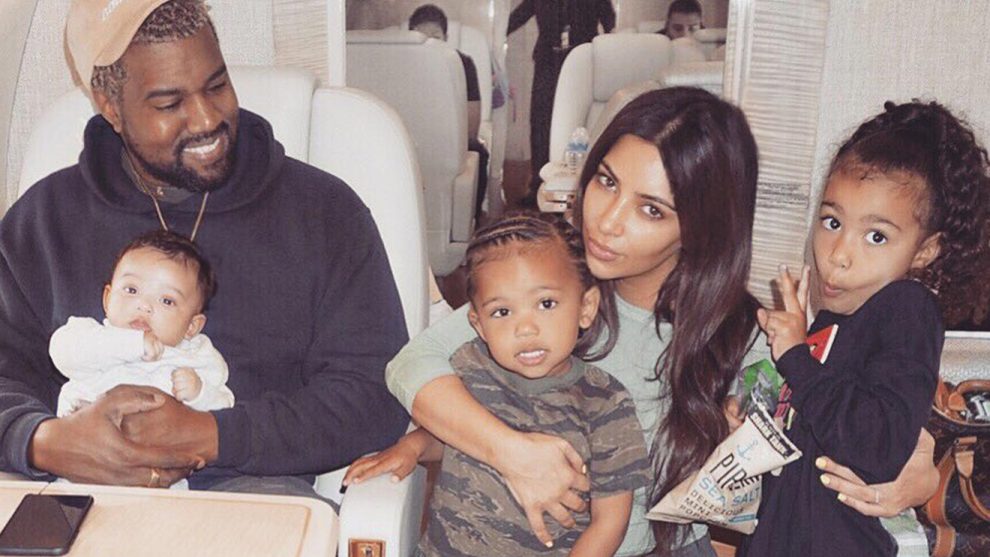 On Sunday’s Keeping Up With the Kardashians, Kim Kardashian put it out there: her husband Kanye West does not just want one more kid, which Kim herself called her max. He wants four more siblings for their three children, North, Saint, and Chicago. Kim was talking to Larsa Pippen, who brought up how lucky Kim was to have such good children.

“Kanye wants to have more, though. He’s been harassing me,” Kardashian said, per People. “He wants like seven. He’s like stuck on seven.”

Pippen replied that West needs to “lighten up” on the kid thing because “seven kids is crazy!” Kardashian agreed.

“That’s crazy. I could never, especially in like the world we live in,” she told Pippen, bringing up the number of school shootings making her more nervous about having more children. “I’ve been kind of hesitant about having more kids just because it literally keeps me up at night, thinking about how my kids will survive in a crazy world like this.”

Kardashian told ELLE earlier this year that four kids is her absolute maximum. “My time is spread really thin,” she said then. “And I think it’s important that in all couples, the mom give the husband as much attentions as the kids.”

During an episode of Keeping Up With the Kardashians that aired at the end of September, Kardashian mentioned West seemed jealous of the attention the couple’s three children get from her over him. She and West had been fighting more, and the arguments themselves were “really stupid and lately, we’ve been having a lot,” she said, per People. “I think so many husbands feel neglected when you start having kids and then all of their attention gets taken away.”

Even though Kardashian’s grievances against West were just aired on E!, Kardashian sent a signal that all is well in the Kardashian-West household on Instagram: