Kanye West sat down with Ellen DeGeneres on Thursday and the interview, which started off as tame, got very intense very quickly as the 38-year-old rapper went on a lengthy diatribe about humanity, artistry and the importance of loving life.

West first revealed that that he’s never regretted anything he’s ever tweeted, and when asked if he ever believed that he should have thought about any of his tweeted before sending them, West confidently replied, “What’s the point of thinking?”

West also admitted that tweeting at Facebook founder Mark Zuckerberg to ask for for $53 million dollars was a mistake.

“I should have put it on Facebook,” West said, smiling. “Now I understand why he didn’t hit me back.”

“I feel that if I had more resources, I could help more people,” West said, explaining why he wanted Zukerberg’s money in the first place. “I have ideas that can make the human race’s existence, within our hundred years, better.”

The somewhat frantic delivery of his stream-of-consciousness oration seemed to intrigue DeGeneres as she let the Life of Pablo rapper speak without interruption for several minutes.

“So the exact amount of emotion and color palette and sonics and everything that I put into my music, I put into [my line of] shoes, and they worked!” West continued while rocking in his seat and gesticulating passionately.

West also talked about the dearth of geniuses in the world today, explaining, “Picasso is dead. Steve Jobs is dead. Walt Disney is dead. Name somebody living that you can name in the same breath as them.”

The singer and fashion designer also claimed to have a medical condition called Synesthesia, which he describes as being able to “see sounds.”

“Everything that I sonically make is a painting,” West explained. “I can see it [and] I see the importance and the value of being able to experience a more beautiful life.” 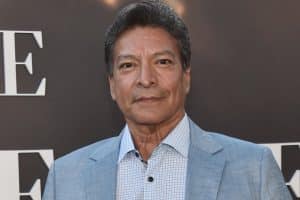 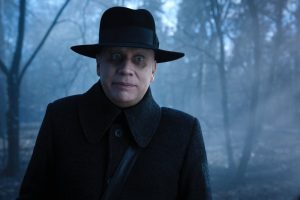 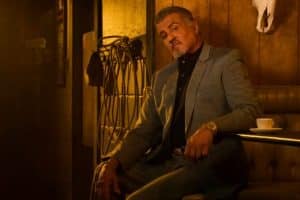