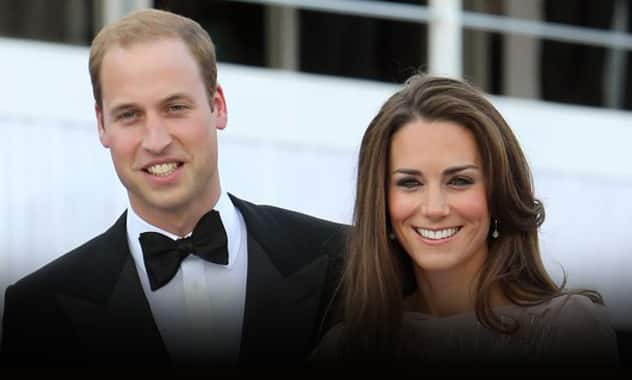 As tradition requires, the birth announcement of Great Britain’s newborn prince was posted Monday to an easel in front of Buckingham Palace. That may be the most traditional aspect of the prince’s introduction to the world.

The Clarence House, which is the official London residence of Prince William, quickly gave the prince a royal Twitter hashtag: #WelcometotheWorld. Google UK shared a birth announcement with its 408,000 followers, inviting them to sign a digital card and send congratulations to the lucky parents, Duke William and Duchess Kate. The baby’s name has yet to be revealed, but it’s likely to whip around the Internet the moment it’s released.

These are the trappings of life in a digital world, and they are but just a few examples of how raising a prince today differs significantly from when Princess Diana gave birth to William 31 years ago.

Given the frenzy of social media, a phenomenon that of course didn’t exist in 1982, the infant prince and his parents will likely encounter strangers with cell phone cameras and other digital recording devices who want to capture their public and intimate moments.

Such scrutiny will put the prince under unprecedented pressure to do well and never find himself in an embarrassing or humiliating circumstance that could be splashed across the Internet, Dr. Andrew Roberts, NBC News British historian, told TODAY.com. “This child is actually going to have to grow up never putting a foot wrong,” he said.

While the public may see fewer boundaries when it comes to the prince’s privacy, Roberts said the British press is well behaved compared to recent decades, when it had no qualms about embarrassing the royal family in print. The U.K. phone-hacking scandal and subsequent inquiry has led to greater restraint by the media, Roberts said. When photos of a nude, sunbathing Duchess Kate surfaced in European tabloids, for example, the U.K. press did not run them.


Regardless, the prince’s life will be fascinating to the public. Ken Wharfe, a bodyguard to Princess Diana from 1987 to 1993, told TODAY’s Natalie Morales that, “Because of the interest, that child is going to need the best security possible.” A Scotland Yard security detail will join the newborn and his mother on strolls in the park and other public outings, Wharfe said.

“Diana was doing what I think Kate and Will will do … give them some normality,” Wharfe. “The challenges for the new baby is going to be one of popularity.”

That popularity may well extend to the prince’s influence on the U.K. economy. The U.K.’s Centre for Retail Research reported that the royal birth will boost retail sales of celebratory food, alcohol and memorabilia by £243 million ($372 million) between July 1 and August 31. The surge in spending is expected to affect everything from stroller sales – whichever Duchess Kate selects will become a must-have item – to shares of companies that sell baby products.

As for the prince’s long-term importance when it comes to the British economy, Roberts said it could be 50 or 60 years before he becomes king. Unlike his father and grandfather, he also may be the first prince to not join the armed services. “That was a very important part of the 19th and 20th century life,” Roberts said. “It doesn’t necessarily look like it will be in the 21st century.”

Yet, what is a prince to do if he’s not a soldier? That, Roberts said, will be a difficult course to chart as he won’t be able to take a job where there’s a single chance of embarrassment, ruling out industries like banking and business.

“It’s difficult to know what areas of life you can go into which are completely devoid of controversy,” said Roberts.

That’s a tall order for a boy who’s barely a day old.