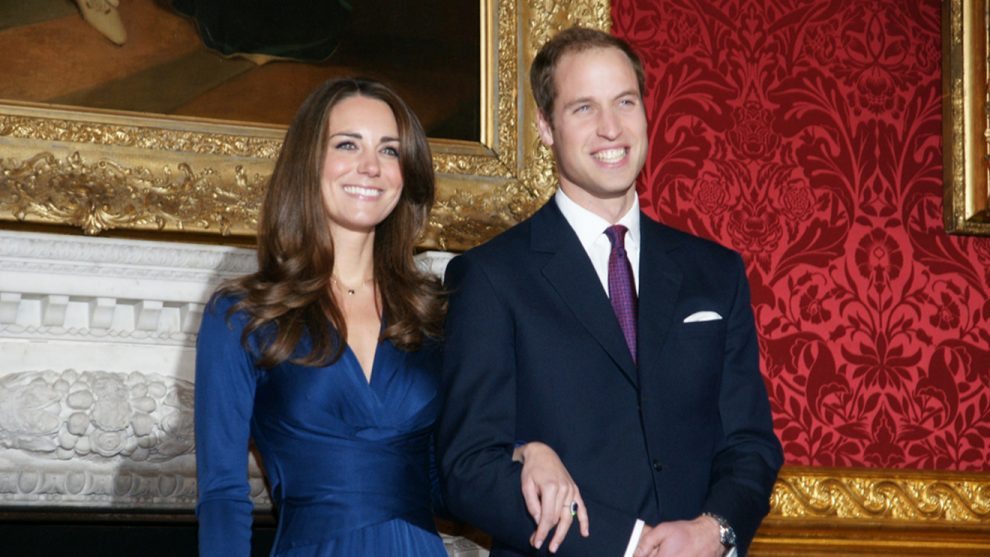 Baby No. 3 is officially here!

Kate Middleton and Prince William have officially welcomed a baby boy, Kensington Palace confirmed in a statement on Monday.

Kate gave birth at 11:01 a.m. local time to a baby boy weighing 8 pounds, 7 ounces at the Lindo Wing of St. Mary’s Hospital in London, England. Prince William was present for the birth.

“Her Royal Highness and her child are both doing well,” the statement from Kensington Palace reads. “The Queen, The Duke of Edinburgh, The Prince of Wales, The Duchess of Cornwall, Prince Harry and members of both families have been informed and are delighted with the news.”

The Duchess of Cambridge was admitted to the hospital early Monday morning with her husband by her side.

The Queen, The Duke of Edinburgh, The Prince of Wales, The Duchess of Cornwall, Prince Harry and members of both families have been informed and are delighted with the news.

The newest member of the royal family is joining older siblings Prince George, 4, and Princess Charlotte, 2.

Keeping to tradition, a notice was placed on the forecourt of Buckingham Palace following the birth announcement.

A notice has been placed on the forecourt of Buckingham Palace following the announcement of the birth of The Duke and Duchess of Cambridge's third child.@KensingtonRoyal pic.twitter.com/82ZCB7F2aQ

It is tradition that a framed notice of birth goes on display on a ceremonial easel on the forecourt at the Palace. pic.twitter.com/xd1XgBV9Ux

A large Union Flag has been raised over Buckingham Palace and a State Standard over Windsor Castle to mark the birth of The Duke and Duchess of Cambridge's third child. pic.twitter.com/hcYYluf2fF

The family is one month away from their next big event — the royal wedding of Prince Harry and Meghan Markle. George and Charlotte will both have roles in the nuptials as page boy and flower girl, respectively. It’s unknown whether Kate and William’s new baby will be attending the wedding.

Prior to the birth, Kate, 36, and William, 35, kept a busy schedule, with many public events leading up to her due date. In February, they returned from the royal tour of Norway and Sweden and continued making public appearances through late March. On March 22, Kate attended her final engagement with William by her side in London. Throughout her pregnancy, she has been spotted wearing blue maternity looks, prompting many to speculate that she might be having a baby boy.

William and Kate announced they were expecting their third child in September.