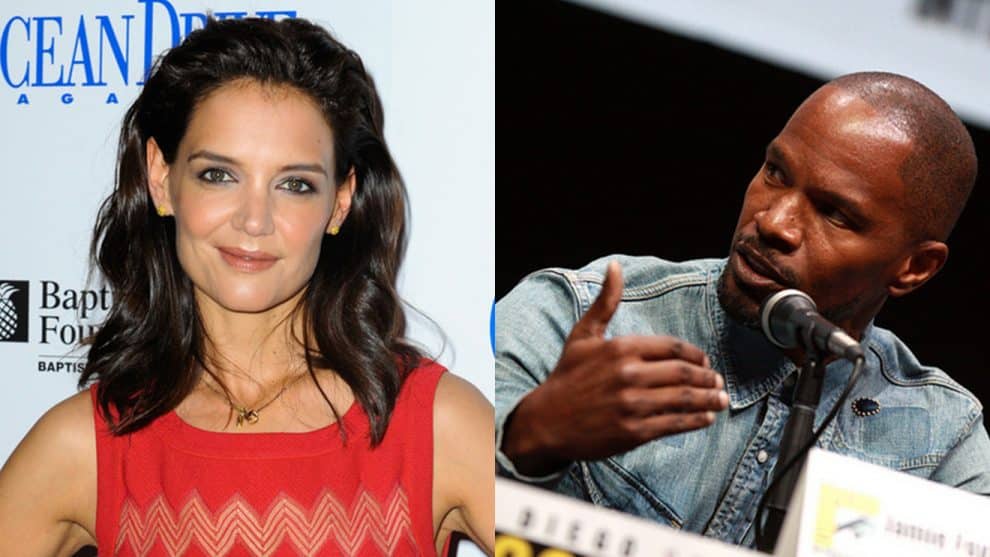 Rumored couple Katie Holmes and Jamie Foxx were spotted on a date this week.

The 38-year-old actress and 49-year-old actor were photographed at dinner following years of romance reports.

A fan shared a photo Monday of Holmes giving a slight smile as she sat with Foxx in a restaurant. The actor posted a picture of himself in the same hat and sunglasses later in the day.

Holmes and Foxx have been linked for years, but are rarely seen together and have never publicly confirmed their relationship. Sources told Entertainment Tonight the pair are dating but purposely keep out of the public eye.

They prefer to “cater in” their dates, an insider said. “Jamie is also very private when it comes to his personal life.”

Holmes split from Tom Cruise in 2012 after five years of marriage, and shares 10-year-old daughter Suri with the actor. She celebrated her birthday with Suri in December after reportedly taking a trip to Mexico with Foxx.

“Katie and Jamie took a private jet to Cabo,” a source told Us Weekly at the time. “It was a quick trip in honor of Katie’s birthday.”

“They stayed in one of the most private suites” at Las Ventanas al Paraiso hotel, the insider added. “They wanted to be very discreet and had everything delivered to their room and taken care of by a personal butler.”

Holmes recently appeared in the Reelz miniseries The Kennedys: After Camelot, and will star in Logan Lucky with Adam Driver and Channing Tatum. Foxx is slated for Baby Driver with Ansel Elgort and Lily James.