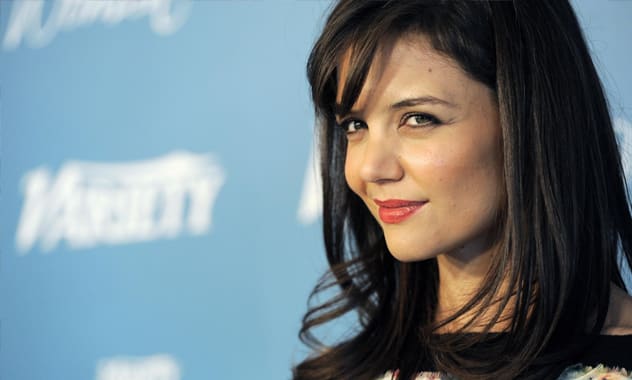 Filing for divorce was the best thing Katie Holmes has ever done, reports RadarOnline, whose sources say the actress is “blissfully happy” since splitting from Tom Cruise on June 29.

A family insider told the website that Holmes is smiling again in a way she hadn’t been since she began dating Cruise in 2005. “Katie is a new woman, she feels refreshed, free of Tom and doesn’t have a worry in the world,” the source told RadarOnline, explaining that Holmes is able to see her family more often and feels like she can concentrate on her career.

“Katie’s enjoying her independence and is working on herself right now,” said the source, who also alleged that Cruise had a lot of influence on the projects Katie appeared in, but “now she has full control over what she wants to do and that freedom is exciting for her.”

In fact, the 33-year-old actress wasted no time making her career her priority. Her first post-Cruise film will be “Molly,” a project which Holmes both wrote and is co-producing. Filming is set to begin in August in New York and once it wraps, Holmes will return to Broadway this fall in Theresa Rebeck’s “Dead Accounts.”

Reports that Holmes has no regrets about the split aren’t surprising as she reportedly planned her exit for months. Holmes is said to have gone to extreme lengths to ensure Cruise wouldn’t know about her conversations with lawyers and used disposable phones to orchestrate the filings.

Meanwhile, it’s been a busy summer for both Holmes and her daughter, Suri Cruise. The 6-year-old just returned from a trip to Disney World with her father, but has also been spending her days enjoying some of New York City’s best attractions, such as the Bronx Zoo and the Museum of Modern Art.