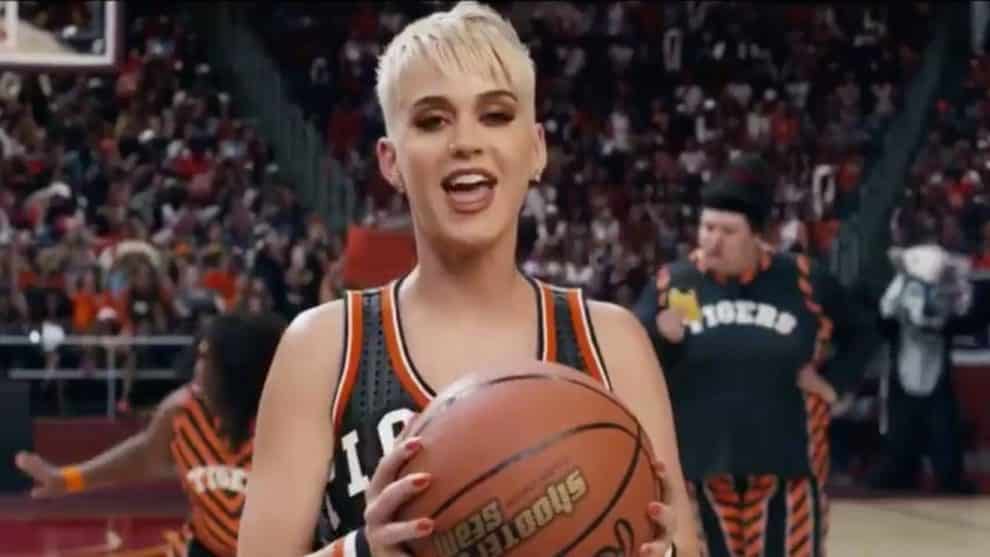 Kudos to Katy Perry for releasing her new music video for “Swish Swish” with nary a Taylor Swift dig in sight.

Perry enlisted a motley crew of stars to bring the diss track to life, including Hafþór Björnsson, aka The Mountain on “Game of Thrones,” Gatan Matarazzo of “Stranger Things” and Jenna Ushkowitz from “Glee,” and it all goes down at what amounts to the saddest basketball game of all time.

The “Swish Swish” video is essentially engineered for the youth, incorporating memes showing Perry falling on her face and breaking down during her now-famous therapy session. It’s cute, if not a little try-hard, which is pretty on-brand for Perry at this point.

The song is a rumored response to Swift’s diss track “Bad Blood,” which was allegedly inspired the pop star’s ongoing feud with Perry.

Perry has repeatedly mentioned Swift throughout the press tour for her new album, “Witness,” apologizing profusely in an attempt to make amends. It’s been radio silence from Camp Swift, but rumors are swirling that the two will reunite at the MTV Video Music Awards on Sunday, as Perry will be hosting and Swift has an upcoming album to promote.

″‘Swish Swish’ just basically is like, I stay winning. I just, you know … I’m above that crap,” Perry said about the song’s concept on SiriusXM’s Morning Mash Up. “I’m gonna stay winning. You’re gonna try to hold me down, and I’m gonna come out like a phoenix rising.”

Naturally, Nicki Minaj, who is featured on the track, is the video’s MVP with a fiery halftime show performance. Afterwards, she chucks a basketball Perry’s direction, telling her to “get it together,” which honestly feels like a pretty accurate summation of the entire “Witness” era.