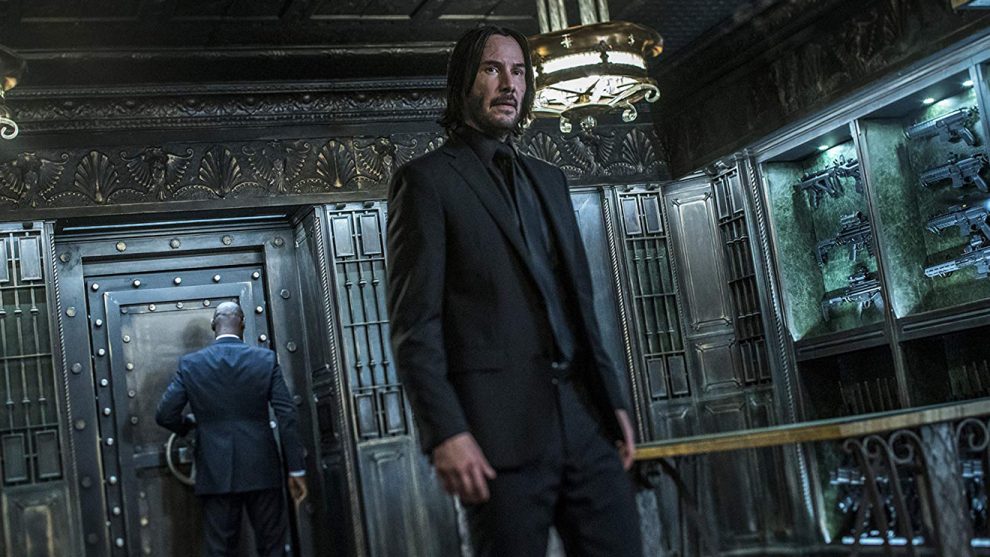 Keanu Reeves has one of the more popular franchises around, a rather surprising upstart addition to the action genre that turned a simple story into a whole killer universe. And they seem to be only ramping things up John Wick adding some new big names to the roster for the next films. According to Deadline, Rina Sawayama is signed on to have a role in John Wick: Chapter 4 when that film releases next year.

Rina Sawayama is going to make her feature film acting debut in this next movie, with a role alongside Keanu Reeves though they haven’t released specifics on the part quite yet. She’s best known for her pop music and modeling career and she’s had a couple of successful albums in the last few years. With her star clearly on the rise, set to go on her first world tour this summer, the John Wick folks are clearly trying to capitalize on her increasing fame. And obviously, they see something in the soon-to-be actress that will work on the big screen in this kind of film.

This summer is when Rina Sawayama will first step in front of the camera with that being the timeline for Keanu Reeves and company to start shooting the fourth movie in the franchise. Word has it that a fourth and fifth movie are both in the works and there’s some chance they could be shooting these in tandem or back-to-back as part of the schedule. As I said, the Japanese-British pop star and model sure chose a huge flick to make her debut in considering this franchise only seems to be in growth mode.

When Keanu Reeves put out the first John Wick movie, it’s hard to imagine they had this level of success in mind. It was a simple story about a quite and mourning retired assassin who’s called back into service when his car is stolen and his dog is murdered. It turns into a body count fest that had every piece you love to see in slick action flicks. The original film made about $90 million on its $30 million budget.

But it was the next couple of films in the franchise that helped take Keanu Reeves to the moon with this thing. Together they totaled around half a billion dollars at the box office with John Wick: Chapter 2 and then Chapter 3 – Parabellum. They continued to level up the fight for the titular character, expanding this world of assassins and establishing more of a hierarchy that Wick will have to deal with going forward.

Keanu Reeves is joined again by director Chad Stahelski for this next movie. The latter has helmed the first three movies in the franchise will be back for the next two as well. There’s no reason to upset the killer apple cart with this franchise and everything has worked so well this far. Now that they are adding more players like Rina Sawayama we are ramping up for the next movie. More news and casting should be coming down the pike in short order for John Wick 4.

THE CONJURING: THE DEVIL MADE ME DO IT – 24HR Arizona Screening Giveaway
THE HITMAN’S WIDE’S BODYGUARD – Sneak Peak Clip