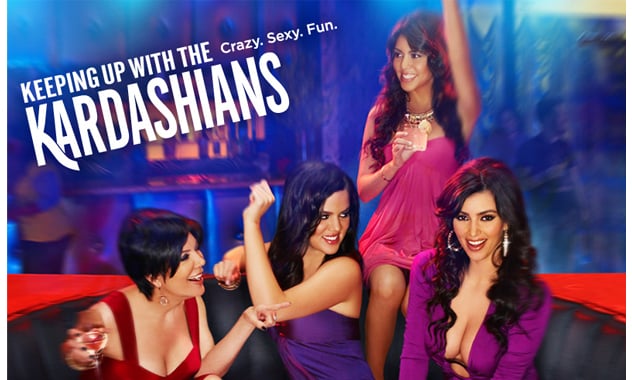 The Kardashian family will continue living life on TV for the next three years.

The E! Entertainment network said Tuesday it had reached a deal with its most bankable franchise to make three more seasons of “Keeping Up With the Kardashians.” TMZ reports the family will be paid over $40 million for the 3 seasons, making the deal the richest contract in reality TV history.

The sixth season of the show averaged 3 million viewers on Sunday nights, the cable networks’ top series. Five of the 10 most-watched shows in the network’s history, in fact, involved the Kardashians. The 18-episode seventh season begins on May 20.

E! said the entire family is covered by the deal: Kim, Kourtney and Rob Kardashian, Khloe Kardashian Odom, and Bruce, Kris, Kendall and Kylie Jenner. E! will continue to have the first crack at any spinoff projects.

E! has turned the Kardashians into a mini-empire, with spinoff series like “Kourtney and Kim Take New York” and “Khloe and Lamar.” Although E! retains the first right to these spinoffs, Tuesday’s deal does not specify how many more will be made.

The network would also not say whether musician Kanye West would be included in the series. West and Kim Kardashian have been seen together lately amid reports that they are a new couple.

Kim’s elaborate wedding – and brief marriage to – basketball player Kris Humphries was a highlight of E!’s programming last fall. The network had to put out a statement denying rumors that the wedding was orchestrated for TV.